The United States Blues
Home News Roseanne Barr is back to insult women who don’t like to be... 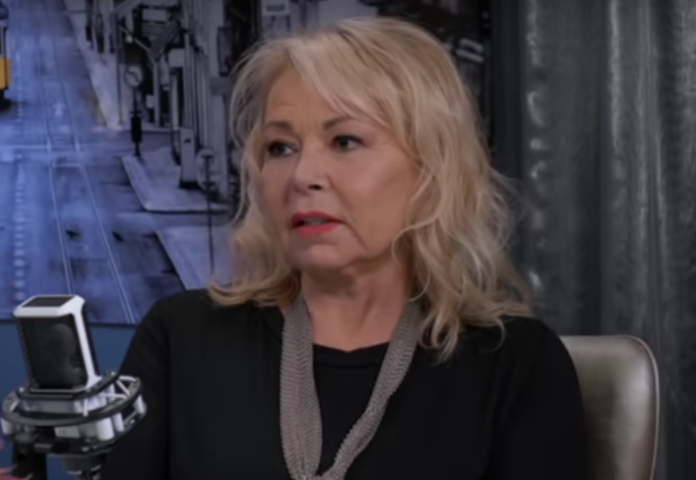 Disgraced comedian Roseanne Barr once again demonstrated exactly why she lost her job last year when she insulted the #MeToo movement during an interview with right-wing talking head Candace Owens in which she also degraded Senator Kamala Harris (D-Calif.).

ABC fired Barr last year after a successful revival of her show “Roseanne” because of a racist attack against former Obama White House official Valerie Jarrett, which she has been unsuccessfully blaming the medication Ambien for making her do ever since.

Well, Roseanne still can’t blame Ambien for her latest round of insulting behavior, which she put on full display during the interview this week.

When asked to comment on the #MeToo movement, Barr accused victims of making up stories because they didn’t run out of a man’s hotel room.

“If you don’t run out the room, but you stayed around because you’re like, ‘I thought maybe he was going to give me a writing job,’ well, you ain’t nothing but a ho,” she said, going on to accuse them of “pretending that they didn’t go to trade sexual favors for money.”

“I know a ho when I see one,” she continued. “They need to be called out. That’s privilege, too – ho privilege.”

Many women often feel intimidated in situations where they have been tricked into meeting a powerful man in a hotel room to discuss business, only to be pressured into sex they really did not want. Some women are able to safely extricate themselves from the room. But others are not. Some men don’t take no for an answer and may block the door to prevent escape. Sure, women could scream in distress, but some hotels, especially the kinds of rooms powerful wealthy men reserve, make screaming a futile effort. Plus, women open themselves up to retaliation or physical harm. That’s what Roseanne fails to understand.

But Barr wasn’t finished. She and Owens both took cheap shots at Harris, whom Roseanne nicknamed “Kama Sutra Harris.”

“We all know what she did, she slept her way to the bottom,” she claimed, hurling a slanderous accusation at the powerful senator and Democratic presidential candidate just because she once dated former San Francisco Mayor Willie Brown.

“She should be in prison,” Barr said, claiming that “nothing happened” to Ford and that the only reason she isn’t in jail is that she’s a white woman.

In the end, Roseanne and Owens insulted women across the country one more time.

“Women are encouraged to be conniving,” Barr said.

Someone should revoke Roseanne’s woman card because she obviously has zero compassion for victims of sexual misconduct and engages in slut-shaming. People like her are the reason why the #MeToo movement needs to exist.