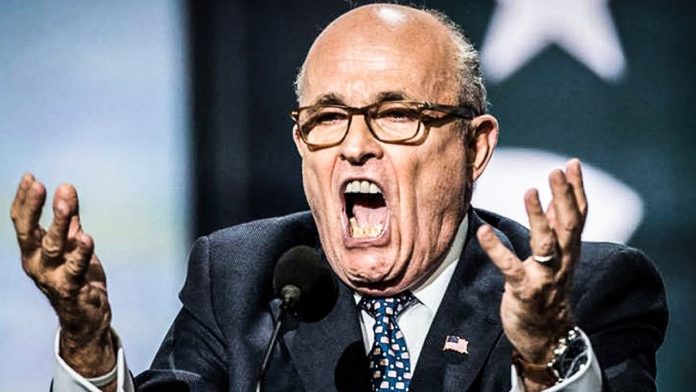 Wednesday was a very bad day in Trump World. As White House officials and members of President Donald Trump’s legal team watched Michael Cohen testify before the House Oversight Committee, it became clear to many of them that impeachment is closer than ever before, according to The Daily Beast.

And no one was more enraged or worried than Rudy Giuliani:

“Sitting alone, watching live coverage of Cohen’s testimony on TV, the former New York City mayor, dashed off insta-reactions to reporters via text. The messages were a form of real-time rapid response with a dash of character assassination—an attempt to diminish the man who was speaking before millions, threatening the president of the United States.”

The former New York City mayor now serves as one of the president’s attorneys, and he was on the verge of full-blown hysteria the more Cohen revealed:

“By the end of the House testimony, Giuliani had sent The Daily Beast fourteen texts over six hours—an ad hoc form of rebuttal that was indicative of how Cohen’s blockbuster testimony had pushed broader Trumpworld to a point of near hysteria. Faced with an insider revealing the president’s secrets, everyone from Trump’s closest advisers and friends to the backbencher Republicans in Congress responded by throwing everything they could at the apostate.”

Right-wing media also went into overdrive in an attempt to undercut what Cohen had to say during his nearly eight hours of testimony:

“The effort to cast Cohen as a sniveling, backstabbing, self-centered, lying coward who will stop at nothing to reduce his prison sentence, was echoed from the dais of the committee to outside political groups and conservative talk radio helmed by the likes of Sean Hannity and Rush Limbaugh.”

In the days leading up to Cohen’s appearance on Capitol Hill, Trump also reportedly stewed over what his former attorney and fixer might say:

“One source close to the president recalled a conversation in recent weeks in which Trump loudly lambasted Cohen as a ‘rat’ three times over the course of less than two minutes of conversation. The conversation, originally, had nothing to do with Cohen.”

The president is on his way back from Vietnam, where his summit with North Korean dictator Kim Jong Un ended prematurely after Kim demanded an immediate repeal of U.S. economic sanctions. Expect a flurry of tweets from Trump in the coming hours.