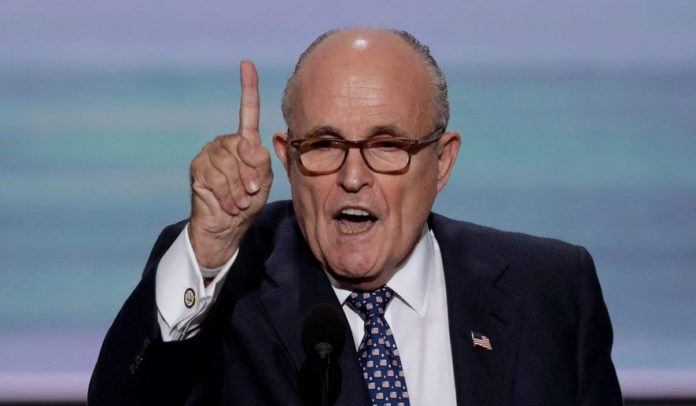 “He shouldn’t really [testify]. He already put out his report. He made his 10 minute statement and then said he wasn’t going to talk about it anymore because it’s not proper.”

Giuliani then suggested that Mueller has nothing else to say:

“But somebody must’ve persuaded him that he should comment some more. He’s already commented more than any prosecutor has ever commented about a case he didn’t bring. Let’s see what he says.”

What the former New York City mayor neglected to mention, however, is that Congress has every right to request (or even compel) testimony from Mueller. After all, they allocated the money for his investigation and have oversight responsibilities that are clearly enumerated in the Constitution.

Later in the interview, Giuliani said he believes that Republicans on the House Judiciary and Intelligence committees will try to frame the Mueller probe as a coup attempt against a sitting president:

“I think that Mueller is going to find out that, although he can’t talk about the investigation anymore than he has already disclosed, he’s going to be faced with a lot of questions he hasn’t answered before. I’m quite convinced it was definitely an attempt to, first, stop Donald Trump from being president, and then to remove him from office. There’s no doubt that was the motivation.”

But there’s a gigantic flaw in Giuliani’s reasoning in that regard: Mueller was appointed by then-Deputy Attorney General Rod Rosenstein, who was nominated to that post at the Department of Justice by none other than President Trump.

The White House is clearly worried about what Mueller will say next week, despite Trump’s insistence that he won’t be watching the testimony. On Friday, the president remarked:

“It’s a disgrace. No other president should have to go through it. As far as I’m concerned, they already took their impeachment vote, and the impeachment vote was so lopsided, it was a massive victory.”

Translation: Trump will be glued to the TV and will probably tweet about it during the day.