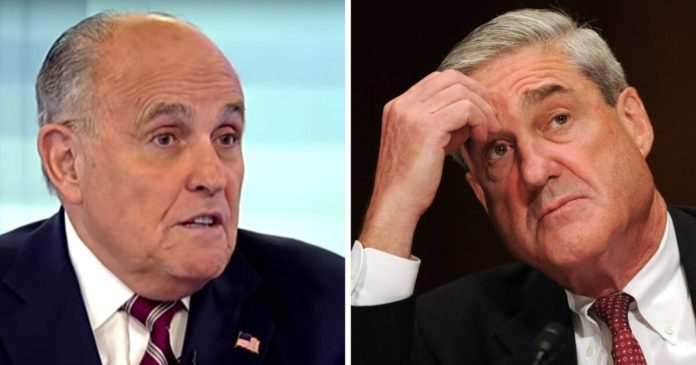 Rudy Giuliani proved yet again Saturday evening that he’s little more than a political hack who has no clue how the law works or what exactly Special Counsel Robert Mueller discovered during his investigation of the 2016 election.

Appearing on Fox News, Giuliani whined that since Mueller didn’t make a conclusive decision in his report, the special counsel should have to give back part of the cost of the investigation:

“So he made a decision about collusion, he couldn’t make a decision about obstruction. I think he should return half the money. If he did that for a private company….if someone appointed me a private investigator and said ‘well, you’ve got to come to two conclusions’ and I investigate and I come to one, but I say ‘gee, I can’t figure out the second one’ and they pay me $35 million, I think I have to probably give them about $17 million back.”

“I think I might bring a qui tam action to get that money back for the government.”

As Newsweek explains, a qui tam action “is a legal term meaning that a private individual or entity brings legal action forward on behalf of the government.”

The former New York City mayor then proceeded to try and trash Mueller, even though Giuliani isn’t worthy to hold Mueller’s coat:

“What a joke. I think Mueller has made a complete fool out of himself. Even more than, well not more than [former FBI Director James] Comey. Imagine saying ‘the report speaks for itself’ and then speaking for nine minutes and not saying anything except little hints to the fawning Democrats who want some excuse to impeach, even though the president didn’t do anything wrong. And this guy couldn’t find anything he did wrong.”

Here’s the problem with what Giuliani is claiming: First of all, Mueller spelled out at least ten instances where Trump obstructed justice, and he suggested that if Congress agreed, the president should be impeached.

“With Paul Manafort pleading guilty back in September 2018, Trump’s former campaign manager agreed to hand over real estate and cash estimated to be worth between $42 million and $46 million, well over three times the $16.7 million cost of the investigation.

Here’s a suggestion: How about we have Donald Trump pay back the millions taxpayers have spent for him to play golf since taking office. That amount alone should help cover the cost of health care for needy children and veterans for a few months.