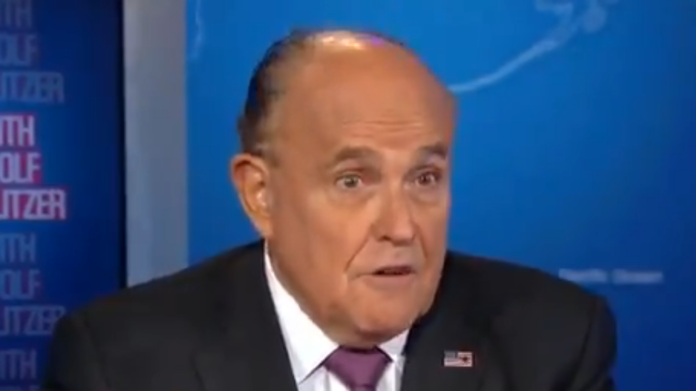 According to Rudy Giuliani, who serves as personal attorney to President Donald Trump, it’s possible that Special Counsel Robert Mueller refused to fully exonerate the president on obstruction of justice allegations because he was “confused.”

As if anyone could be as confused, scatterbrained, and utterly incompetent than Giuliani and his client in the White House.

“This is about as good as a declination letter I’ve ever seen.”

The former mayor of New York City then added:

“I’d assume the president is upset that Mueller did not completely exonerate him on this as he did on coordination or conspiracy.

“They said he is an honorable guy. So I guess he feels, maybe the guy was confused and he punted it.”

President Trump’s personal attorney Rudy Giuliani on Trump saying special counsel Robert Mueller acted “honorably”: “I would have to disagree with my client. … I have a mixed view. I think that it’s almost a Jekyll-and-Hyde situation.” https://t.co/fKkWZtA0C1 pic.twitter.com/Xs5GFelGDy

So a man as diligent, focused, and brilliant as Robert Mueller was “confused,” Rudy? That seems like a stretch even for someone as utterly incompetent as Giuliani. And the simple fact is that Mueller may have refused to fully exonerate the president because he wanted to leave that matter up to Congress, which can remove Trump from office via impeachment.

Whatever the case may be regarding Mueller’s reasons for not fully clearing Trump, one thing remains clear: The White House and Congressional Republicans are trying desperately to spin a document none of them have even seen and appear to be afraid of. And that alone suggests why we all need to see the Mueller report sooner rather than later.