The United States Blues
Home News Rudy tries to walk back his ‘collusion’ comments by accusing Hillary of... 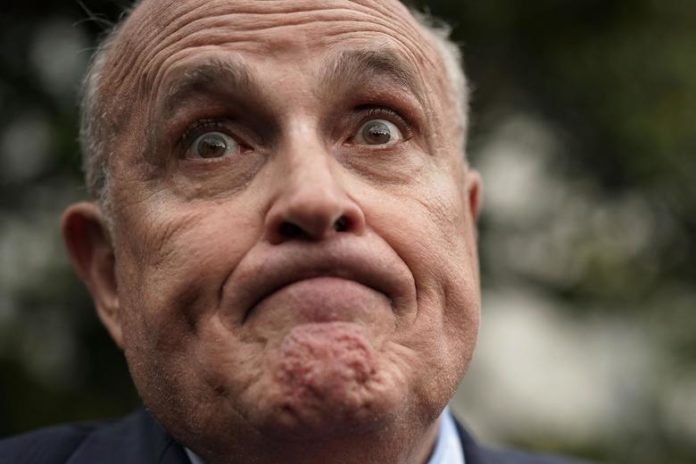 Now that he’s all but admitted members of the 2016 Trump campaign colluded with Russia, Rudy Giuliani is in full damage control mode, but his efforts to clean up his previous comments are only making him and his client, President Donald Trump, look that much more guilty.

Giuliani now says others on the campaign—but not the President—might have colluded with Russia. And Cuomo’s eyebrows might win an Emmy for the reaction. pic.twitter.com/usGMCnUnKa

But on Thursday, Giuliani reached out to Maggie Haberman of the New York Times and told her:

“To clarify my comments during the Cuomo interview last evening because they have been misinterpreted I issue the following statement:

Oh, and he also tried to blame Hillary Clinton for colluding with Russia, because when in doubt, this White House falls back on the default of blaming either Hillary or Barack Obama:

“The only knowledge I have in this regard is the collusion of the Clinton campaign with Russia which has so far been ignored.”

How exactly can Giuliani have any “knowledge” about the Clinton campaign colluding with Russia? And if he does, why doesn’t he share it with all of us? The absurdity of Rudy trying to claim he has any “knowledge” whatsoever is laughable, because his brain certainly seems to be blank.

Reaction from Twitter to Rudy’s walk back of his comments was swift:

He’s running neck-and-neck with @realDonaldTrump for the Gaslighter of the Year Award, and it’s only January.

That moment when you realize you just sent the President’s son to jail.

The advice any attorney worth their salt would give to both Giuliani and his client, Donald Trump is this: Shut the hell up!