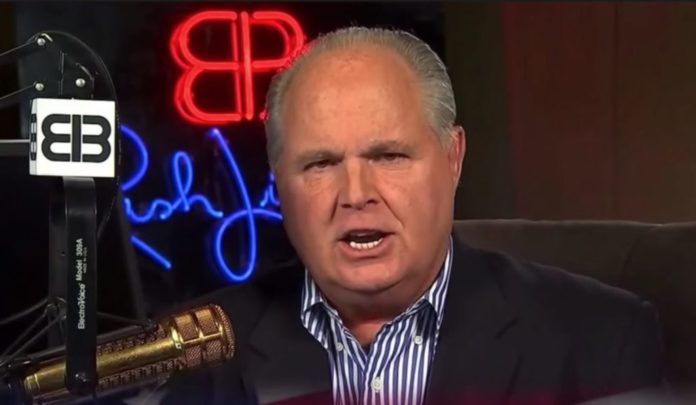 Right-wing radio host Rush Limbaugh said Friday on his show that the horrific attack on two mosques in New Zealand that left 49 people dead was probably a false flag attack to smear conservatives.

Referring to the manifesto posted online by the suspected Christchurch terrorist, Limbaugh commented:

Limbaugh conveniently forgot to mention that the shooter also claimed he had been inspired by Trump, hailing him as “a symbol of renewed white identity and common purpose.”

Next, Limbaugh tried to make it sound like the shooting in New Zealand was really an attack on Donald Trump:

Later in the segment, Limbaugh slammed Rep. Alexandria Ocasio-Cortez for daring to call for action on gun control and then elaborated on his false flag conspiracy theory:

“There’s an ongoing theory that the shooter himself may, in fact, be a leftist who writes the manifesto and then goes out and performs the deed purposely to smear his political enemies, knowing he’s going to get shot in the process. You know you just can’t — you can’t immediately discount this. The left is this insane, they are this crazy. And then if that’s exactly what the guy is trying to do then he’s hit a home run, because right there on Fox News: ‘Shooter is an admitted white nationalist who hates immigrants.'”

The left is insane, Rush? Have you looked in the mirror lately?