The United States Blues
Home News Rush Limbaugh says drinking water from a toilet is a ‘step up’... 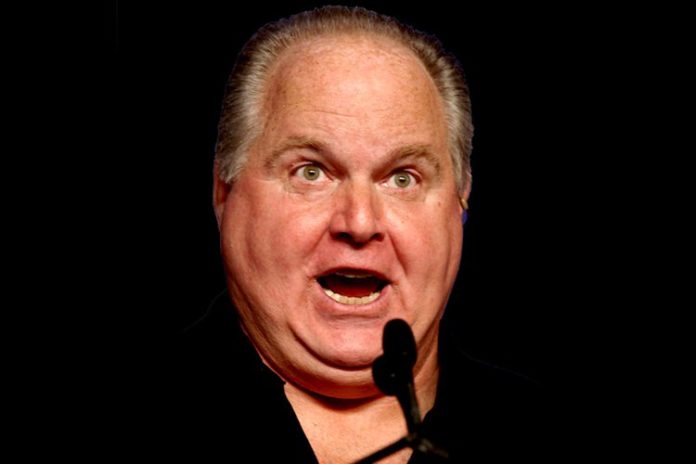 Granted, we’ve always known that right-wing radio host Rush Limbaugh is a sorry excuse for a human being, but he may well have hit a new low with remarks he made regarding immigrants being held at detention centers across the United States.

On his show Tuesday, Limbaugh referenced remarks made by Rep. Alexandria Ocasio-Cortez, according to HuffPost:

Ocasio-Cortez and other Democratic lawmakers visited a Customs and Border Protection detention facility in Texas on Monday. She described “systemic cruelty” and recalled one woman telling her an agent had suggested she drink from a toilet if she needed water.

Other lawmakers present backed up Ocasio-Cortez’s description of what they saw. CBP officials later said all detainees had “access to clean drinking water.”

Rather than address the issues raised by Ocasio-Cortez, Limbaugh did what he so often does: He used a personal attack to suggest that the members of Congress who went the facilities were merely a “gaggle of hysterical women” whom he accused of being “addicted to getting noticed.”

According to Media Matters, here’s a transcript of the filth Limbaugh let loose with Tuesday:

Between this little AOC, Alexandria Ocasio-Cortez, and this gaggle of hysterical women that she takes down there with her to the border, lying their way through that border visit. You know, Alexandria Ocasio-Cortez has had happen to her what a bunch of shock jock-type people on the radio always have happen. After a while, your gig gets old, your schtick no longer shocks, and so you have to keep crossing new lines. And that’s all she’s doing. She’s addicted to getting noticed.

Now she runs down there and starts trashing and lying about conditions at the border and the people who administer the people who come into this country illegally. Flat-out lies that the detainees are being forced to drink out of toilets. The border patrol and ICE people are denying this and even this gaggle of lunatics with Alexandria Ocasio-Cortez admit they haven’t seen it. There aren’t any witnesses who have actually seen people being forced to drink water out of a toilet. But my friends, based on what we’re told about the circumstances where these people are fleeing, maybe toilet water is a step up for some of them, based on what the left is telling us their homelands are like.

Based on reports, children don’t have soap, blankets, or toothbrushes, but Rush Limbaugh wants them to drink out of toilets and be happy. How very Republican of him.

Rush Limbaugh and those who think like he does are what’s wrong with this country in the Age of Trump. They got theirs, and everyone else can just suffer and drop dead. Their selfishness and greed is putrid.