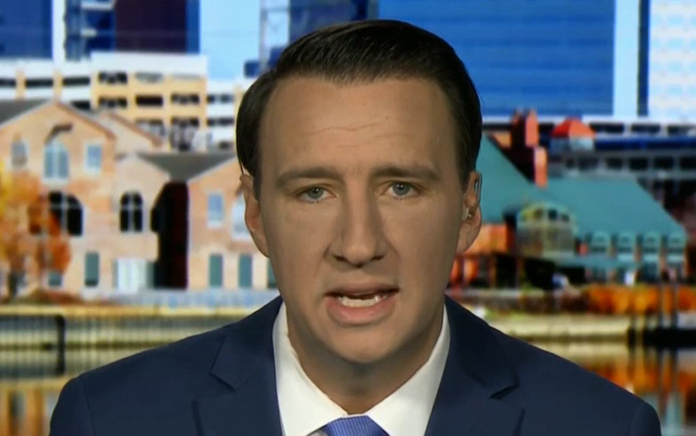 If Senate Republicans are smart, they will pass a pair of gun control bills passed by the House this week, because former Rep. Ryan Costello (R-Pa.) says the school shooting generation is going to win this battle with or without the GOP.

One measure in the bill would close the “Charleston” loophole that allowed mass shooter Dylann Roof to buy a gun because his background check took more than three days to complete. The new bill now requires dealers to wait ten days for a background check before they can sell the firearm.

Another measure requires personal gun sales and gun shows to get background checks, making it even harder for someone who isn’t supposed to have a gun to get one.

But Senate Republicans have threatened to block the bills, and President Donald Trump is threatening to veto them. The problem is if they do, an entire generation of young people who have lived through the trauma of school shootings will work to bring them down and place lawmakers in office who will pass these bills to update our gun laws.

“It doesn’t take much foresight to see as the school-lockdown generation comes of voting age that it’s only a matter of time before our laws catch up with the country’s sentiment on gun safety,” Costello wrote in an op-ed for the Washington Post to argue for passage of the bills.

Indeed, the Parkland school shooting survivors made it their mission to call for action and got involved in get-out-the-vote campaigns and rallies that helped sweep Democrats into power in the House of Representatives. Now they are motivated to helping Democrats capture the Senate and the White House.

As more and more younger Americans get involved in the political process, Republicans face political doom that could last for decades. And that’s why Costello is urging Republicans to support the legislation to build goodwill with younger generations who will not tolerate weak gun laws that result in the deaths of their friends and family members.

In fact, an overwhelming majority of Americans, including gun owners who are NRA members, support tougher background check laws.

Costello then warned that our weak background check laws “invites those who shouldn’t have firearms to more easily access them and there have been recent studies that suggest that that is exactly where those who are not able to purchase firearms go to try to acquire one.”

“And that’s why this bill makes sense,” he continued. “This is not a gun-grabbing type of situation. This is just modernizing the law.”

“I hope that the Senate takes it up because a majority of Americans support this law and it is constitutional,” he concluded.

The time has come for Republicans to get on board with tougher gun laws. Because if they don’t, they’ll watch as an entire generation of Americans rejects their party in every election and it will only get worse as new generations experience the same trauma from gun violence. And if it comes right down to it, a majority of Americans will end up supporting the next Democratic president when he or she declares a national emergency to deal with the issue, and Republicans could end up seeing even tougher guns laws become reality when they could have passed these reasonable bills to help prevent more bloodshed.