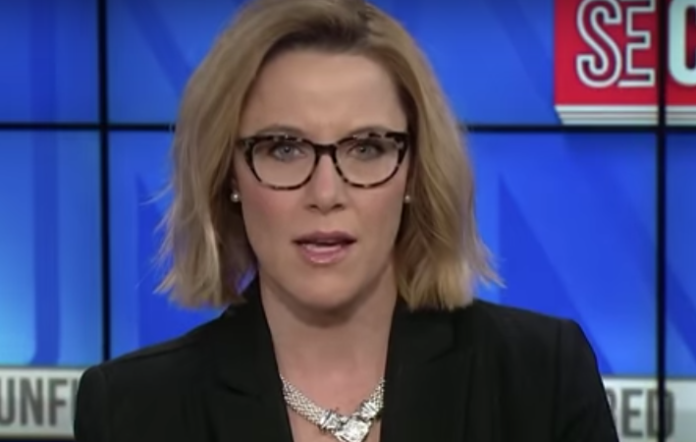 Conservative host S.E. Cupp put White House counselor Kellyanne Conway in her place Saturday night for going to desperate lengths to attack Senator Cory Booker (D-N.J.) for entering the 2020 presidential race by accusing him of being sexist for just joining the field of women who have already entered.

A record number of women are running for president in 2020, including Senators Elizabeth Warren (D-Mass.) and Kamala Harris (D-Calif.), but after Booker threw his own hat in the ring, Conway decided to use him to cry sexism on Twitter:

What does Cory Booker have against all the women already running for President?

Are they not good enough?

(Pretend he’s a Republican when you read this)https://t.co/FdSTHY5i78

That’s quite a pathetic argument considering Carly Fiorina was the only woman in the Republican field in 2016 and her boss President Donald Trump frequently launched sexist attacks against her.

“Look at that face!” Trump said. “Would anyone vote for that? Can you imagine that, the face of our next president?!”

Yet, Conway didn’t seem to have much problem with that real sexism, especially since she accepted a job from Trump on his campaign and inside the White House. And she certainly did not accuse the over one dozen GOP men in the race of being sexist because they ran against Fiorina.

“I know Kellyanne is just having fun gaslighting America, seeing what insane lies she can get us to believe, but it’s dumb crap like this that diminishes real sexism and makes people less likely to believe women when we say sexism is real,” Cupp said.

“She does this a lot,” she continued. “Remember when she claimed Anderson Cooper’s eye-roll at her was sexist? Senator Mazie Hirono was sexist, in her opinion, for criticizing Brett Kavanaugh? Tim Kaine was sexist for interrupting a debate moderator? Chris Cuomo was sexist for interrupting her. MSNBC, sexist. New York Times columnist Bret Stephens, sexist too. It’s her go-to critique. By the time this is over, I’ll be sexist, too. The only thing worse than actual sexism is a woman who uses sexism to shut up her critics.”

If women needed yet another reason to vote against Trump in 2020, Conway just provided it.