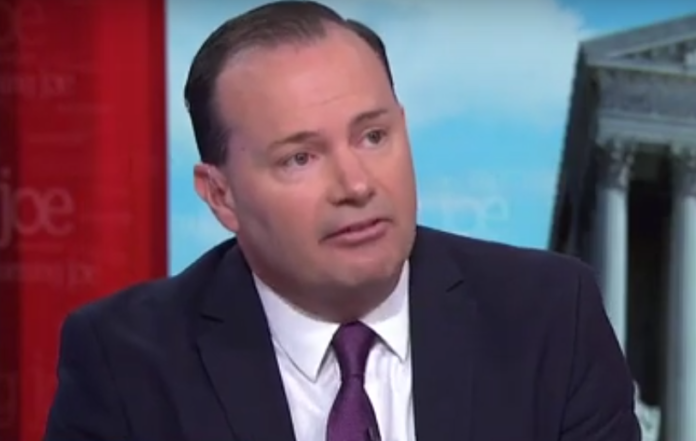 It was only a year ago that Lee found himself on Trump’s shortlist to replace retiring Justice Anthony Kennedy, a reward for being a sycophantic shill willing to do Trump’s bidding no matter what.

And Lee continued to kiss Trump’s rump during the Senate Judiciary Committee hearing even though Barr got caught lying on several occasions and did not deny that Trump lied to Mueller.

A Mormon women’s group has already slammed Lee for ignoring the Mueller report, which lists ten instances of obstruction Trump committed to sabotage a legitimate federal investigation into Russian interference in 2016.

Now the editorial board of the Salt Lake Tribune is doing the same thing.

“By abandoning the role the Constitution assigns them, to jealously defend the power of their branch of government against encroachments by other branches, Republicans in Congress surrender their duty, their power and their part in defending American democracy,” the Tribune wrote.

And for what? To get themselves on the good side of a chief executive who is so clearly corrupt, engaging in obstruction, campaign and ethics violations, using the presidency as a cash cow for his personal business interests, who disrespects the separation of powers, freedom of the press, the rights of minorities and immigrants and our long-standing international alliances.

Senate Republicans, including Utah’s Mike Lee, spent the day feeding Attorney General William Barr softball questions and trying to make the case that there was nothing to see, there’s no collusion and no corruption and no obstruction of justice. Time to move along.

These are arguments that can only come from willful partisan ignorance of the facts as they are before us.

Unfortunately, Lee is not up for re-election until 2022. But when that election comes around, the good people of Utah should punish him for letting a lawless president go unchecked for his own personal and professional gain.