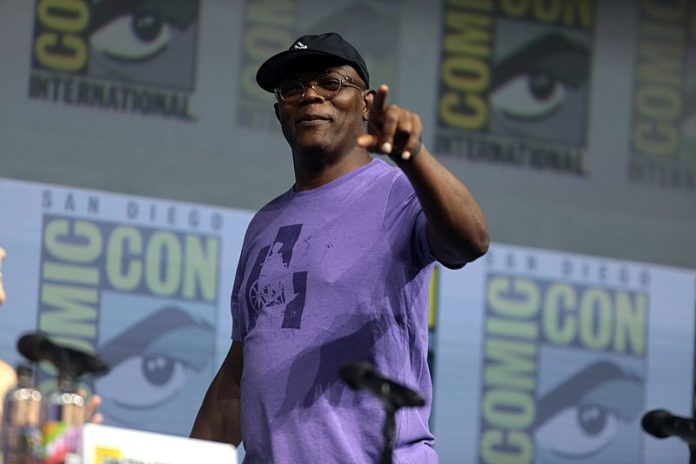 Actor Samuel L. Jackson does not care what his conservative fans think, he is going to call out President Donald Trump and other Republicans for being racists.

His film career is stronger than ever and he is far more popular now, but Jackson has never forgotten about where he came from and what he lived through growing up in Tennessee, where he experienced racism under segregation and Jim Crow.

During an interview with Esquire, the portrayer of Nick Fury in the Marvel Cinematic Universe explained that he is a lot angrier about segregation now then he was back then, and it’s because Trump and Senate Majority Leader Mitch McConnell (R-Ky.) remind him of the old white racists who hurled the N-word at him.

“I don’t think I was ever angry about it,” he said. “I’m angrier now about it than I was then just because I see these guys and I know these are the same guys: Trump and all those assholes, Mitch McConnell. But they’re the same fucking guys. And when I hear their voices, I hear the same voices. Those twangs where they didn’t specifically call you “nigger,” they said “nigra.” “The nigras.” There was no doubt about where they stood, that you were never going to be their equal and, if possible, they were going to make sure you never had as much shit as they had. And they were worried about the chasteness of their women, and miscegenation, and not having enough of them, there being more of us than there are of them.”

When asked about Trump specifically, Jackson did not hold back.

“This motherfucker is like ruining the planet and all kinds of other crazy shit,” he said. “And the people think that’s okay. It’s not fucking okay. And if you’re not saying anything, then you’re complicit. And I wouldn’t give a fuck if I was a garbageman and I had a Twitter account; I’d tweet that shit out. I’m not thinking about who I am and what my job is when I do that shit.”

Speaking of his job, Jackson does not care how many of his fans turn against him because of his opposition to Trump. He’s going to speak up because there are things more important than money and acting.

I know how many motherfuckers hate me. “I’m never going to see a Sam Jackson movie again.” Fuck I care? If you never went to another movie I did in my life, I’m not going to lose any money. I already cashed that check. Fuck you. Burn up my videotapes. I don’t give a fuck. “You’re an actor. Stick to acting.” “No, motherfucker. I’m a human being that feels a certain way.” And some of this shit does affect me, because if we don’t have health care, shit, and my relatives get sick, they’re going to call my rich ass. I want them to have health care. I want them to be able to take care of themselves. This is how I feel.

A past picture of McConnell recently made headlines because he posed in front of a Confederate flag in the 1990s, sparking cries of hypocrisy as Republicans demand Virginia Governor Ralph Northam resign over a past photo of him wearing blackface that surfaced.

And Trump has made multiple racist remarks while attacking black celebrities, including LeBron James and Colin Kaepernick.

Jackson absolutely makes a good point when he compares both Trump and McConnell to the days of America’s racist past. The only question is whether the American people will banish them to the dustbin of history where they belong so this country can finally start healing.