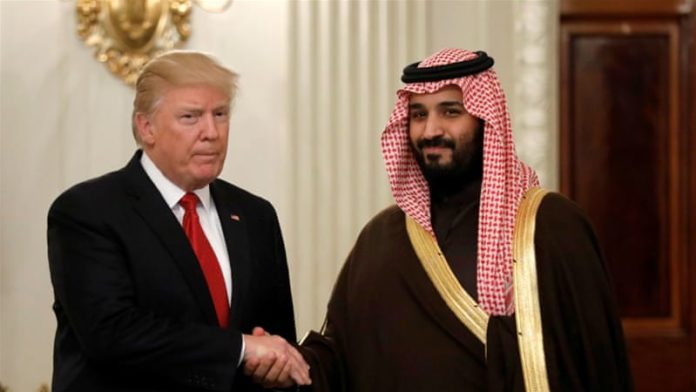 There is no doubt whatsoever that Russia actively worked to help assure Donald Trump won the 2016 election. Every U.S. intelligence service has said so, and former Special Counsel Robert Mueller said this week in his congressional testimony that the Russians are still busy trying to attack our democracy, noting: “They’re doing it as we sit here.”

While Russia will indeed try to meddle in the 2020 election, their efforts may be superfluous, according to a new report from the Washington Post, which warns that Saudi Arabia and other countries will also be attempting to play a role in who wins the White House:

Disinformation teams in Saudi Arabia have worked both internally and to manipulate other Gulf states, including in the nation’s struggle with rival Qatar, said researcher Marc Owen Jones, an assistant professor of Middle East studies at Hamad bin Khalifa University in Doha, the capital of Qatar. He said tactics in Saudi Arabia typically involve both sock puppets and automated accounts, called “bots,” echoing official government propaganda, including things said or tweeted by Trump.

Jones recently detailed in a series of tweets an apparent information operation emanating from Saudi Arabia following a visit to the White House this month by Tamim bin Hamad al-Thani, the emir of Qatar. Jones found a single tweet, “The Prince of Qatar a supporter of terrorism, should not be in the White House but be at Guantanamo,” had been posted up to 800 times an hour over several days, from 2,582 unique accounts. The tweets mostly were directed at U.S.-based targets, including Trump, the CIA and Secretary of State Mike Pompeo, and at several news organizations, including Fox News, Reuters and The Washington Post.

“There’s still this pro-Trump message coming from Saudi Twitter, and I don’t think that’s likely to change,” Jones said. “They view Trump’s reelection as key to their own survival.”

But while the Saudis and perhaps Russia are heavily invested in helping to elect Trump, he may well face the opposite from Iran:

Researchers for FireEye and other firms have reported suspected Iranian disinformation on most major social media platform — Facebook, Instagram, YouTube, Google+ and others — and on stand-alone websites, as well. In May, FireEye also alleged that U.S. news sites may have been tricked into publishing letters to the editor penned by Iranian operatives.

So while the incumbent president could well get a boost from Saudi Arabia, the Iranians (and possibly China) will apparently be working to make sure he’s defeated. The result could be that Trump’s campaign will be facing a maelstrom of both positive and extremely negative publicity on social media. The result might even be enough to assure that he loses the race.

Russia may have started the coordinated attacks on our elections, but plenty of other nations are now eager to play a role, too.