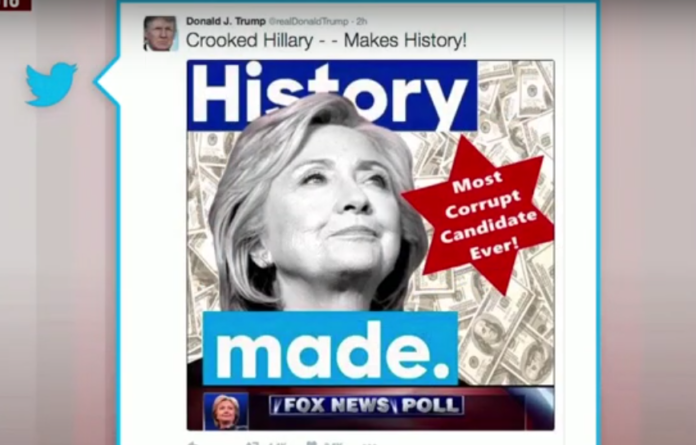 Omar has been a sharp critic of the money influence the pro-Israel lobby has over Congress and the federal government in general. But Republicans and Democrats have responded to her fair criticism by accusing her of anti-Semitism despite her belief that both Israel and the Palestinians have the right to exist.

But, of course, Republicans are hypocrites for attacking Omar because they have ignored all kinds of real anti-Semitism and racism from their own members, including from Trump himself, which Scarborough pointed out on Tuesday.

“All of the racist garbage, I’ve never heard the Republican Party once united in any of those instances,” he continued before taking a shot at House Minority Leader Kevin McCarthy (R-Calif.).

“I didn’t hear Kevin McCarthy or any Republican senators or House members attacking Donald Trump in his campaign with his anti-Semitic tropes,” Scarborough told co-host Mika Brzezinski. “Do you remember the Star of David next to Hillary Clinton? Do you remember that?”

During the 2016 campaign, Trump posted a tweet featuring an image of Hillary Clinton with a pile of money behind her and the Star of David featuring a proclamation that she is the “most corrupt candidate ever,” which did not draw nearly as much outrage as Omar’s criticism of the pro-Israel lobby.

Scarborough then wanted to know if there are any criticisms of Trump from McCarthy for that instance, but was informed there are aren’t any.

“What about Paul Ryan or Mitch McConnell?” Scarborough asked. “Do we have a side-by-side on that? I’d love to see the attacks when Donald Trump made an anti-Semitic attack against Hillary Clinton. Do we have that side by side? Could you look for that? It would be really good. There are other anti-Semitic tropes that Donald Trump did during the campaign.”

Then he mentioned Charlottesville as the worst instance of Trump’s anti-Semitism.

“I don’t know — I’m crazy, just kind of crazy,” Scarborough concluded. “When you preach moral equivocation between neo-Nazis and those opposing neo-Nazis, that’s sort of anti-Semitic, too, isn’t it?”

If Republicans are going to whine about false anti-Semitism from Omar, they had better damn well call out Trump’s anti-Semitism and racism. Anything less is hypocritical and proves that they really don’t care about the issue at all unless they can gain a political benefit from it.