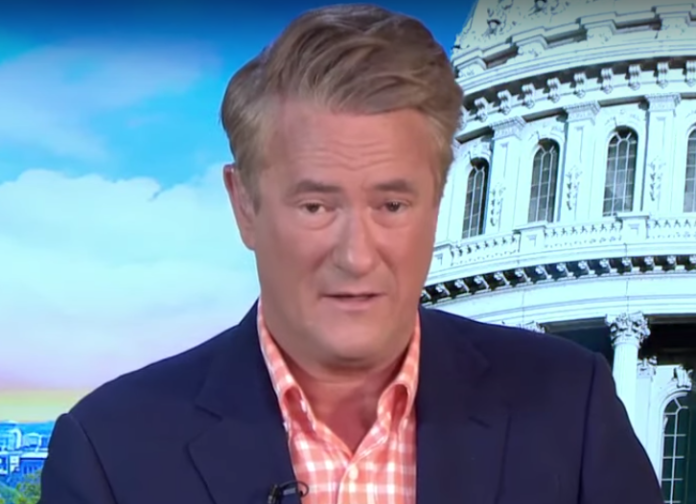 Morning Joe host Joe Scarborough used strong language to warn the American people that President Donald Trump is marching the nation toward Nazism in the wake of his racist attack on four Democratic congresswomen of color.

The racist attack continued at a rally in North Carolina where Trump bathed in “send her back” chants from the crowd as he viciously smeared Omar and the other lawmakers just because they criticize America because they want our country to be better.

Trump’s racist screed and the chants he incited forced Scarborough to lament on Friday that our country is going down a dark path.

“Nobody’s being killed, nobody’s being put on trains, but there is no doubt that the argument that is coming from Donald Trump — and again, more frighteningly, from the crowd chanting it — is this is a white nation.,” he continued. “Who are these black women? Who are these Muslims to tell us how to run our country?”

In the end, Scarborough could find no other comparison than to Nazi Germany.

“It did sound, if not Nuremberg, please help me out — tell me what other countries do this,” he pleaded with the panel. “Whatever answer you give me today, it’s not going to be good. This stuff doesn’t happen in Canada, doesn’t happen, you know, in other democracies. It’s only happening here right now. We have got to call it what it is. It’s frightening, it’s undemocratic. It goes against all of our American traditions and it must be called out. It must be stopped.”

Trump’s assault on the rule of law and politicization of the Department of Justice along with his detention camps at the border, disdain for democracy and support of open discrimination and hate all lead one direction, and that’s to Nazism. We are on the verge of losing everything this country stands for and everything our troops died to protect during World War II. It’s happening in the open right in front of our very eyes. And the worst may be yet to come, because as the 2020 Election approaches, it is already feared that Trump will ignore the results and refuse to step aside in defeat, or he will move to cancel the election before it even happens and become a dictator. In the end, voting may not be enough to save us.