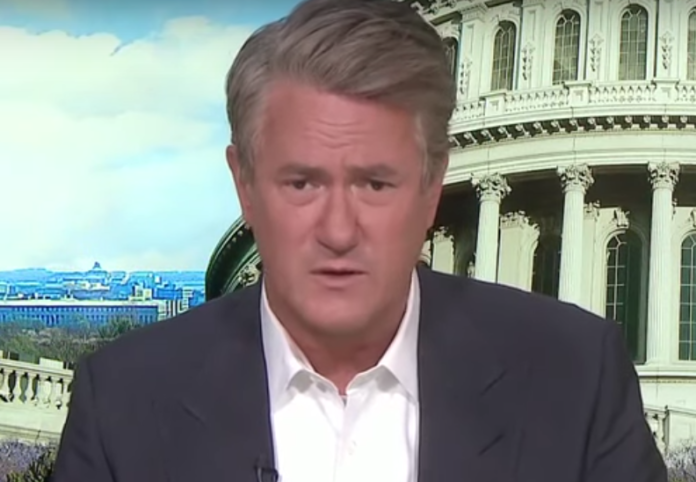 Evangelical pastor Franklin Graham is a bigoted hypocrite who viciously attacked Democratic 2020 presidential candidate Pete Buttigieg for being gay this week. And Morning Joe host Joe Scarborough took him to the woodshed for it.

The South Bend mayor has been appealing to Christians on the campaign trail by talking about how people should treat each other with respect, love, and dignity instead of hate.

He has also fired back at bigots such as Vice President Mike Pence for using religion as a shield to discriminate.

In response to a statement Buttigieg made about God, Franklin Graham exposed himself as a hypocrite and bigot this week in an attack on Buttigieg.

“Buttigieg is right—God doesn’t have a political party,” he wrote according to The Daily Beast. “But God does have commandments, laws, and standards He gives us to live by. God is God. He doesn’t change. His Word is the same yesterday, today, and forever.”

“Mayor Buttigieg says he is a gay Christian and he wants to unite people behind him,” Graham hatefully continued. “I’m sure there will be many people who will want to follow. But as a Christian, I believe what the Bible says. God’s Word defines homosexuality as sin, something to be repentant of, not something to be flaunted, praised, or politicized.”

“These evangelical leaders, they are now using their positions to gain political power and apologize for Donald Trump!” Scarborough continued. “Now suddenly Franklin Graham is talking about lifestyles and sinning, and a guy who has gone through a very difficult personal journey to figure out who he really is, he’s criticizing them for that? Because it’s not a lifestyle choice, and anybody that’s heard Pete Buttigieg talk knows that.”