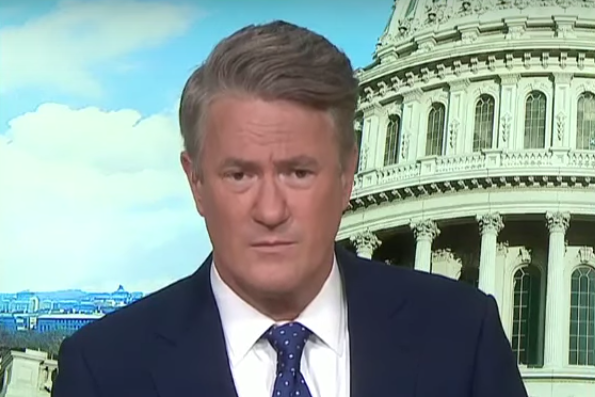 Morning Joe host Joe Scarborough rebuked President Donald Trump for lying about personally intervening to get his son-in-law Jared Kushner the security clearance to access classified intelligence to use for profit in dealings with dictators around the world.

Kushner’s security clearance has been controversial because of his foreign business ties.

The full scope of intelligence officials’ concerns about Mr. Kushner is not known. But the clearance had been held up in part over questions from the F.B.I. and the C.I.A. about his foreign and business contacts, including those related to Israel, the United Arab Emirates and Russia, according to multiple people familiar with the events.

Despite those concerns and his own claim that he did not involve himself in the matter, Trump ordered that Kushner be given security clearance. Even Ivanka Trump has claimed that her daddy did not get involved in the situation surrounding her husband’s security clearance. Clearly, both of them lied.

Kushner has used his security clearance to pursue business interests overseas ever since, including with Saudi Arabia, where he traveled to during Trump’s failed trip to Vietnam this week.

On Morning Joe Friday, Scarborough revealed that he personally warned Kushner about pursuing business interests while working in the White House, as he mocked Republicans for complaining about Michael Cohen previously lying to Congress.

“The president lies every day, lies repeatedly every day, lies about North Korean dictators brutalizing and killing an American college student,” Scarborough said. “He’s reckless abroad and he’s reckless at home. I’ve been on the Armed Services Committee. I’ve been through this process. This is a really serious process, and the recklessness and the lying by Ivanka and Donald Trump show once given they are just extraordinarily reckless people in charge of some of the most sensitive secrets in the United States government.”

“Mika and I had grave concerns during the transition, and we expressed those concerns,” Scarborough continued. “Actually, I expressed them to Jared and to others that he needed to decide whether he was going to work inside the White House or he was going to raise money for 666 (Fifth Avenue). You couldn’t do both, I told him. Stupid me, little did I know he was going to do both.”

“We’ve talked about this a lot over the past two and a half years,” he concluded. “If you don’t understand Donald Trump’s foreign policy, then follow the money. Not the political money, follow the personal money. Russia, it’s all about Trump and the bottom line. Americans need to understand that America’s foreign policy used to be based on…promoting freedom across the globe and standing up to tyranny. And now it’s all about Trump’s bottom line. It’s all about his money.”

And it looks like Democrats are gearing up to follow the money as they prepare to haul Ivanka and her siblings before Congress to testify, and security clearances could certainly come up, which puts Ivanka in a particularly bad situation since she has already lied about her father’s involvement in getting her husband a security clearance.

Make no mistake, Democrats were put in charge of the House to provide oversight, and that means Trump and his family members are about to be exposed for fleecing the country.