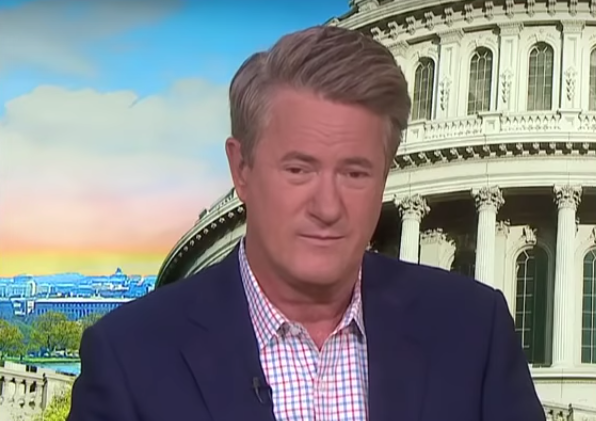 Barr refused to comply with a subpoena to release the full Mueller report to Congress and failed to show up and testify before the House Judiciary Committee, resulting in him being held in contempt of Congress last week. Barr has also perjured himself while testifying under oath.

House Democrats, thus far, have chosen not to execute the full breadth of their power, considering heavy fines rather than arresting and jailing Trump officials. But that could change if Barr keeps insulting the legislative branch, which is what he did at another event on Wednesday when he greeted Pelosi by asking her if she brought handcuffs with her.

Pelosi reportedly smiled and pointed out that the House sergeant-at-arms was also in attendance at the event should any arrest be necessary.

Scarborough was not amused by Barr’s behavior.

“It’s a good thing that we have an attorney general that’s laughing at being held in contempt of Congress, and also laughing about the fact that, well, he committed perjury before Congress,” Scarborough sarcastically told Willie Geist. “He thinks it’s a joke, thinks it’s funny.”

“He committed perjury not just once, but most likely twice while testifying before the United States House of Representatives and the Senate, and he’s laughing about it,” Scarborough said, going on to conclude that the rule of law is now a “punchline” to Republicans.