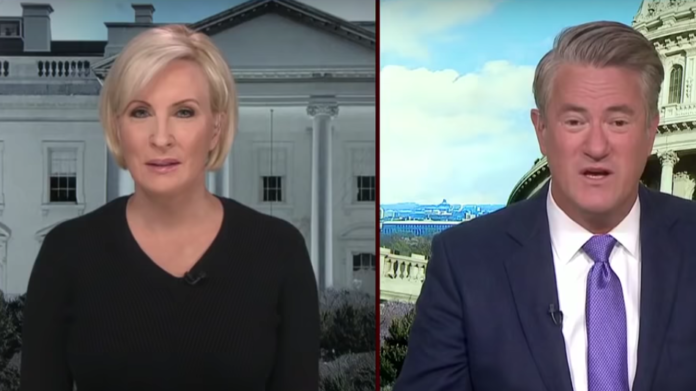 Morning Joe hosts Mika Brzezinski and Joe Scarborough stomped all over President Donald Trump’s exoneration sham on Monday and demonstrated that the GOP is the biggest fool on April Fool’s Day.

Ever since Special Counsel Robert Mueller turned in his final report, Trump and his supporters have been insisting that he has been totally exonerated even though the full report has not been released and Attorney General William Barr’s meager summary of the report says Trump has not been exonerated.

“It continues — his branding exercise,” Mika began on Monday to kick things off.

“It ends up that getting someone to act like a Roy Cohn as your attorney general doesn’t really work,” Scarborough responded, referencing the former mob lawyer.

Joe then lambasted Trump for lying about his wealth and his intelligence, noting that he’s never heard anyone who is actually intelligent going around bragging to everyone about how smart they are and surmised that Trump may not even be a millionaire because of how much debt he is in.

He then shamed Republicans for going along with Trump’s desperate effort to change the subject, observing that they suffered “the worst loss in the history of the United States Republic” in November 2018 when Democrats took back the House by a landslide despite Trump’s effort to scare Americans about immigration as a distraction.

“Hey, guess what? You lost,” Joe told the GOP in conclusion. “You lost the midterms, broke all records for just getting your political heads knocked off your shoulders. Couldn’t have gone worse for you. That’s Donald Trump’s Republican Party, and now it’s happening again. You want to try to stop us from seeing what’s in the Mueller report, and Donald Trump thinks he can change the topic? Can’t change the topic. He says he’s not playing games — he is playing games but it’s a game he ultimately loses.”