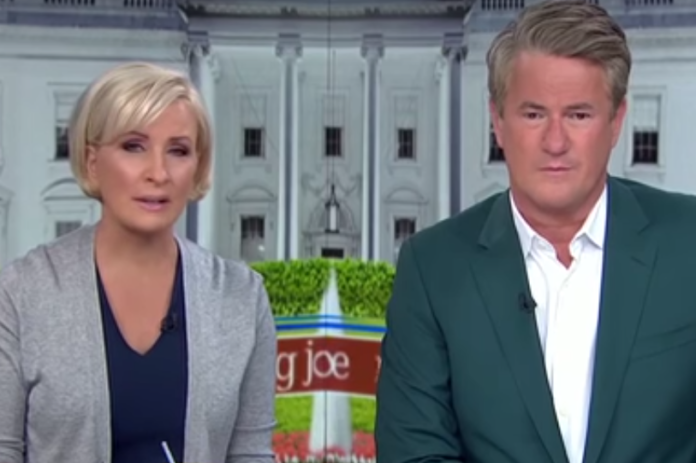 Republican moves to to ban abortion in several states have put the party on a path to major defeat in 2020, according to “Morning Joe” host Joe Scarborough.

A former Republican member of the House who represented Florida, Scarborough knows that the GOP is committing political suicide by going on an anti-abortion crusade.

Republicans in Georgia, Ohio, Missouri, and Alabama have all passed draconian legislation in recent weeks outlawing abortion and leveling severe punishments against women and their doctors. The laws are so extreme that little girls would be forced to give birth, women and girls would be forced to have their rapist’s baby, women could be jailed for life for even having natural miscarriages. Georgia’s law follows women out of the state.

It’s an effort to not only challenge Roe v. Wade in the Supreme Court, but to control and oppress women as well.

Women did not overwhelmingly vote Republican in 2016 or in 2018 at all. In fact, women voted overwhelmingly for Democrats, which is why Democrats took back the House in 2018, especially with the help of suburban women who lean Republican.

By pursuing these frightening anti-abortion laws, even more of them will abandon the party now.

Scarborough noted that Democrats may have overreached with abortion laws in New York that did not have very much support, but Republicans have done much worse.

“Republicans have snatched defeat out of the jaws of political victory and have gone the other way, and their extremism is scaring the hell out of a lot of Americans who might even be pro-life and, you know, those educated, suburban, Republican women that started to move away from the Republican Party, they’re in a full-out sprint now.”

Some Republicans on the national level are trying to distance themselves from these laws, but they are complicit and should be voted out along with every other Republican in office. Nothing justifies these harsh laws. Not science. Not the Bible. Not the Constitution. Nothing. This is all about a bunch of old white men wanting to oppress women and stamp out their rights. Every American should be outraged, and those who aren’t are equally complicit.