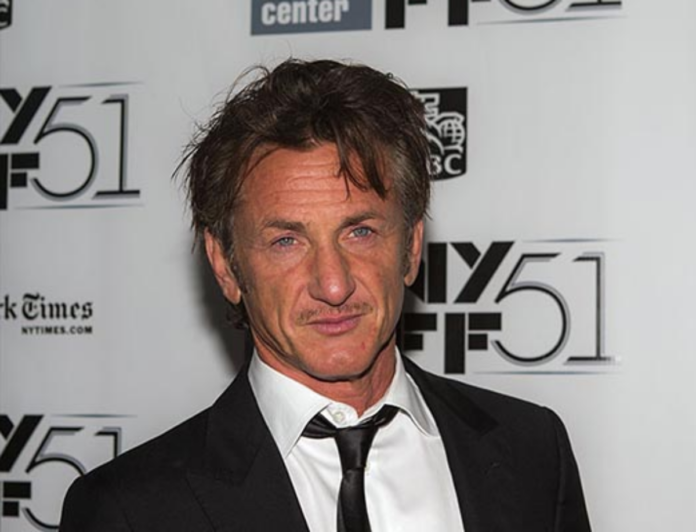 Actor Sean Penn wrote a book that is pissing off women across the country because of an anti-#MeToo movement poem he wrote comparing it to a “toddlers parade.”

Thus far, the #MeToo movement has brought down many powerful men who committed sexual assault and misconduct during their careers. Men such as Harvey Weinstein, Roy Moore, Louis C.K., Charlie Rose, and Matt Lauer have all been taken down after years of using their power to make unwanted sexual advances toward women.

The movement not only swept the nation, it also went international and TIME magazine named “the silence breakers” their person of the year.

It has sparked a renewed effort to prevent sexual misconduct in the workplace, from the military to Hollywood to Congress and corporations. Even Supreme Court Justice Ruth Bader Ginsburg endorsed the movement.

But #MeToo also has critics.

For instance, Fox News host Laura Ingraham once mocked the movement on her show, complaining that it is ruining Christmas parties because companies are beginning to bar serving alcohol at parties in order to ensure that no one can be taken advantage of if they drink a little too much.

And now Sean Penn is one of the few who are defending the indefensible actions of powerful men who prey upon women.

In his new book, “Bob Honey Who Just Do Stuff,” Penn wrote a poem criticizing #MeToo while defending Louis C.K. and Charlie Rose despite both men being fired for substantial accusations of sexual misconduct.

Once crucial conversations/kept us on our toes/was it really in our interest to trample Charlie Rose?/And what’s with this ‘Me Too’?/This infantilizing term of the day/Is this a toddlers’ [sic] crusade?/Reducing rape, slut-shaming, and suffrage to reckless child’s play?/A platform for accusation impunity?

Penn went on to repeat his criticisms again during an interview with The Guardian in which he claimed the movement is about “self-aggrandizement and venting” in yet another defense of Rose, whom Penn is apparently a fan of.

“I know that there are some lies that have been told publicly about people,” Penn continued. “I know of some serious omissions. I’m talking about women towards men.”

Rose was fired by CBS last year after an investigation into sexual harassment allegations against him. He is now being sued by three women who claim he sexually harassed them on top of allegations by 27 more women.

Louis C.K. was also fired after being accused of sexual misconduct. He has since admitted that the allegations are true and issued an apology.

It doesn’t matter what good things Rose and Louis C.K. have done with their careers, they abused their power in the workplace and deserved to be fired for it. This movement is about believing women and taking them seriously. Sadly, it appears Penn doesn’t care about the thousands of women who have come forward to tell their stories of being sexually assaulted and harassed. Penn and men like him are precisely why this movement is necessary.