The United States Blues
Home Politics Congress Sen Graham and Dems square off over the future of the Supreme... 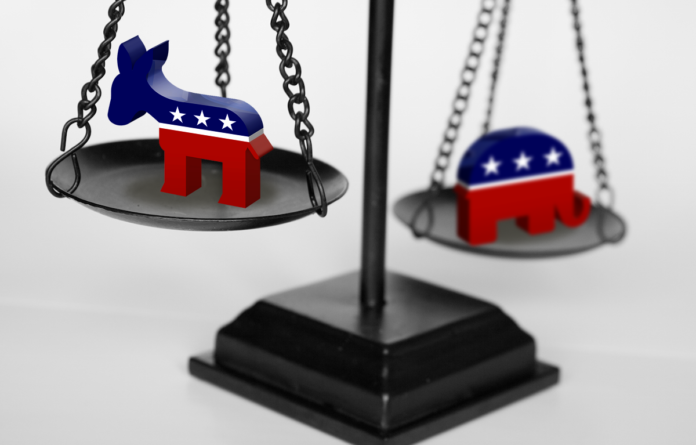 Senator Lindsey Graham is squaring off against his Democrat colleagues over a gun rights case from New York that could reach the Supreme Court.

The case is all but redundant, but Democrats fear the nation’s highest court could use the matter to overrule the majority will of the people and the state of New York. The Supreme Court is firmly tilted to the conservatives after three Republican presidents appointed Justices, including Trump.

Democrats on the Judiciary Committee wrote a chilling amicus brief after the SCOTUS accepted the case for the coming term. What they said seems to imply that our highest court is now tainted as just one more partisan instrument of the Trump administration and the NRA.

“Whitehouse, who is listed as the attorney of record on the friend-of-the-court brief.”

“Perhaps the Court can heal itself before the public demands it be ‘restructured in order to reduce the influence of politics.'” The phrase is from a poll question with which a majority of Americans agreed.

“Out in the real world, Americans are murdered each day with firearms in classrooms or movie theaters or churches or city streets, and a generation of preschoolers is being trained in active-shooter survival drills,” Whitehouse writes. “In the cloistered confines of this Court, and notwithstanding the public imperatives of these massacres, the NRA and its allies brashly presume, in word and deed, that they have a friendly audience for their ‘project.'”

Graham called the brief an “extraordinary threat” and Tweeted:

“The American political system is the sick patient,” he wrote. As far as the political leanings of the Supreme Court, Graham said it was “moving center-right and getting out of the left ditch.”

To my Democratic colleagues:

The Supreme Court is well.

The American political system is the sick patient (Kavanaugh hearings).

The Court is moving center-right and getting out of the left ditch. That's exactly where the country is headed!https://t.co/5N2ofAg9rQ

It’s been evident that Republicans are not seeking moderate judges and Justices, but far-right extremists “rammed through” without any concerns for cooperation with Democrats or former President Obama. The GOP is currently in a right ditch deeper than we’ve seen in a lifetime.

Graham Tweeted the next day again, suggesting the Democrats threat to restructure the court is to tilt favor to the liberals once more.

“When you hear Democrats talking about expanding the Supreme Court……..they are talking about making the Court more liberal,” Graham said in a Wednesday tweet that linked to a Fox News article about the brief. “This has been a Dream of the Left for decades. I will do everything in my power to ensure that dream is NEVER fulfilled!”

This has been a Dream of the Left for decades.

I will do everything in my power to ensure that dream is NEVER fulfilled!
https://t.co/5N2ofAg9rQ

Obviously, tilting the court to conservatives has been the priority for Republicans for decades, regardless of what the majority of Americans want. Now with Mitch McConnell in control of the Senate, it has been his sole reason for existence it seems, other than serving as self-anointed Grim Reaper Obstructionist in Chief. So for Graham to accuse Democrats of stacking the courts is definitely projection.

Since the Parkland shooting in Florida on February 14, 2018, support for stricter gun laws among registered voters surged to 68 percent. Since then, the federal government effectively banned bump stocks nationwide in March. It seemed to be a token gesture, but 11 states passed their own legislation, including New York.

Most Americas want common-sense gun reform, even among NRA members. This has been true for many years, but our Republican Congress and now our conservative-stacked SCOTUS may obstruct such reform. That’s why the Democrats are saying the same people may demand that the court is reformed to serve them instead of the NRA.

It’s no secret that Mitch McConnell and Lindsey Graham, as well as many other elected representatives, have collectively received millions from the NRA for years. It’s common sense that this is largely why they block gun reform, and it’s common sense that it’s morally wrong and corrupt.

The New York State Rifle & Pistol Association objected to the latter law, claiming it violated the Second Amendment. The case reached the Supreme Court, but in the meantime, New York City amended the law. Legal gun owners would once more transport guns to homes and shooting ranges outside the City.

Since the City effectively settled the matter, Democrats argue that the SCOTUS has no reason to take the case, that is, unless those reasons are political. If our highest court has become a political instrument, then reform, as demanded by the people, may very well be in order.

We don’t want to tip the scales. We want fair representation. Let’s get out and vote blue in record numbers to ensure our government represents us again, not the rich few, and not the NRA.