The United States Blues
Home News Sen. Michael Bennet: Ousting McConnell is the only chance we have for... 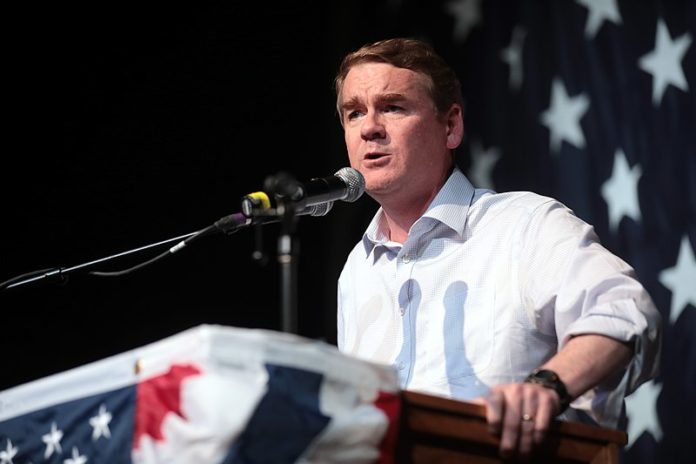 Senator Michael Bennet (D-Colo.) had a message for the American people during a stop at a Colorado coffee shop on Sunday in which he warned that the only chance we have for democracy to work again is to oust GOP tyrants like Senate Majority Leader Mitch McConnell (R-Ky.) from office.

Ever since January 2009 when former President Barack Obama took office, McConnell and Republicans made it their mission to make gridlock in Washington the norm, executing a tyranny of the minority plan that sabotaged anything Obama and the Democrats wanted to do even if it was good for the country. And that plan has hijacked democracy and turned it into an abomination the Founding Fathers would be disgusted by today.

Now Republicans have the Senate majority, which makes passing any kind of legislation to effect change impossible. Want gun reform to prevent mass shootings? House Democrats passed it, but McConnell refuses to bring it up for a vote.

Universal healthcare? Not a chance.

In fact, McConnell has bragged about being the grim reaper of the Senate where good bills go to die.

Simply put, McConnell is the problem in Washington, and so are all of the Republicans in Congress who have no problem with the legislative branch not working.

That’s why Bennet, who is running for the Democratic 2020 presidential nomination, warned Americans that McConnell and the Republicans need to go if we are going to get our democracy up and running again.

“We need to reconnect with that spirit of what government and a democratic republic looks like,” Bennet said. “Washington doesn’t work. It’s completely broken. I know Washington will never fix itself. Mitch McConnell will never fix himself. The Freedom Caucus won’t fix themselves. They are tyrants. The Freedom Caucus doesn’t believe in this exercise in self-government. They think they have a monopoly on wisdom that they are trying to inflict on the rest of America. And we have been tyrannized, immobilized by them for the last 10 years.”

“I’ve seen it, I lived it,” he continued. “I showed up when Barack Obama became our president and I saw what they did to him for the last six years of his presidency. If you accept a world where we’re going to continue to break these institutions, which is a world Mitch McConnell inhabits, you need to accept a world where a democracy can never solve climate change.”

.@MichaelBennet today: “McConnell won’t fix himself. The Freedom Caucus won’t fix themselves. They are tyrants…we have been tyranized—immobilized—by them for the last 10 yrs, so when [Biden] says, if only we can get rid of [Trump], it’ll all go back to normal—it’s not true.” pic.twitter.com/jiSPMcOw1N

Bennet is right. Getting rid of him won’t be easy, but it’s a necessary step if we ever want our democracy to function properly again.