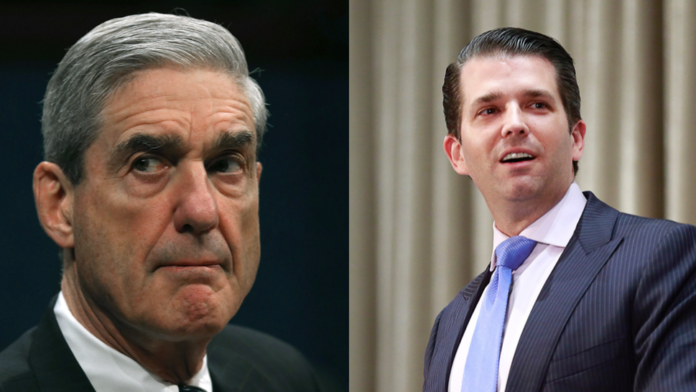 Senator Richard Blumenthal (D-CT) is a member of the Senate Judiciary Committee, and he’s convinced that Special Counsel Robert Mueller has more indictments that he’s preparing to hand down shortly before he gives his report to Attorney General William Barr.

Appearing on MSNBC’s “Hardball” Friday evening, Blumenthal was asked by host Chris Matthews what the thought might happen if Mueller decided to go after members of President Donald Trump’s family. Blumenthal replied:

“I think that special counsel is a by-the-book prosecutor that’s going to respect the high standard of proof beyond a reasonable doubt.”

Blumenthal then made a prediction that likely reverberated all the way to the Oval Office:

“If he goes after members of the Trump family, he will have a very powerful case, but two points to keep in mind, Chris. It’s not only special counsel that is a threat to the Trump family, it’s also the Southern District of New York and state authorities and they may have a lot more on financial crimes against Donald Trump, Jr. and others.”

But that’s not all the Connecticut senator had to say on the matter. He also added:

“And the last point I’d make is Donald Trump, Jr. testified before various Congressional committees — including the Senate Judiciary Committee — and I believe there are very, very serious questions about his truthfulness in testimony before that committee, based not only on Michael Cohen’s testimony, but on other facts and circumstances that have come to our attention.”

Those facts, Blumenthal noted, do not bode well for Don Jr.:

“There may be a very, very powerful case against Don Trump, Jr. and others in the Trump family. And we have yet to see the end of the special counsel in terms of indictments, I believe.

If indeed Mueller does indict Donald Trump Jr., would the president immediately shut down the Russia probe by having the attorney general pull the plug on it? Maybe. But then again, the indictment of Trump’s family may be the special counsel’s parting shot, meaning Trump would be forced to obstruct justice in order to protect Don Jr. And that could well lead to Trump’s immediate impeachment.

Donald Trump is about to be confronted with a no-win situation.