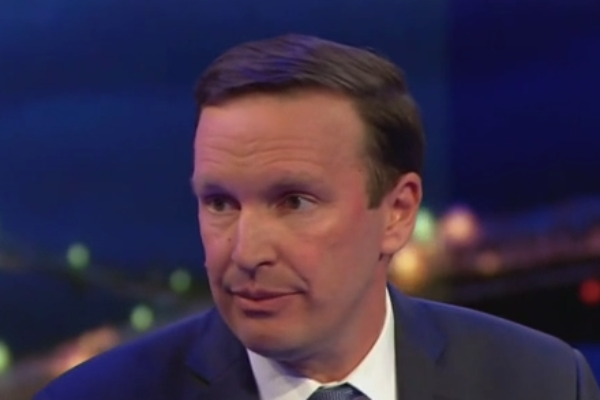 President Donald Trump is totally unqualified to talk about mental health given his Friday meltdown on Twitter, and Senator Chris Murphy (D-Conn.) had no problem pointing that out during an interview with MSNBC host Chris Hayes that had the audience breaking out in laughter and applause.

Once again, Trump, the National Rifle Association and Republicans are all blaming mass shootings on mental health in an effort to steer the conversation away from guns and weak gun laws. Not only does that place a new stigma on those with mental health issues, it makes it more likely that they won’t seek help for fear of being stigmatized.

Mental health is a problem that must be addressed in this country, but blaming mental health in general for shootings is the wrong way to stop gun violence.

During an interview, MSNBC host Chris Hayes talked about a recent story he read about how Trump wants to start a Pentagon program similar to DARPA, which is all kinds of frightening.

“I saw this article about the mental health proposal being floated,” he began. “I gotta say, the more I hear him talk about mental health, the more freaked out I get, honestly. It seems like — like sci-fi dystopia. They want to do something like DARPA, the notorious Pentagon research association called HARPA. It’s going to develop ‘breakthrough technologies with high specificity and sensitivity for early diagnosis of neuropsychiatric violence. The document goes on to list a number of widely used technologies it suggests could be used to help collect data, including Apple Watches, Fitbits, Amazon Echo and Google Home. This — whatever they’re doing on guns, the mental health stuff strikes me as genuinely scary stuff.”

In response, Murphy dinged Trump by pointing out that he is not qualified to talk about the issue.

“And listen, this is a very difficult issue to talk about, because we absolutely do need more research into the intersectionality of the brain and the instincts to violence,” he said. “But Donald Trump is probably not the guy to thread that needle.”

Murphy went on to note that people who have mental illness are more likely to be victims of violence than the perpetrators of violence.

WATCH: @ChrisMurphyCT on mental illness and guns in America: “Donald Trump is probably not the guy to thread that needle.” #inners pic.twitter.com/b1M6B6T0xg

The way Trump has been acting certainly is not the way a mentally healthy person behaves. Even Kellyanne Conway’s husband George Conway thinks Trump has psychiatric issues that should trigger his ouster via the 25th Amendment.

As long as Trump is in office, people with mental health issues will always be blamed for gun violence. It’s a right-wing scapegoat in their desperate effort to make sure our country does nothing meaningful to prevent the plague of mass shootings in our country. That’s the real insanity.