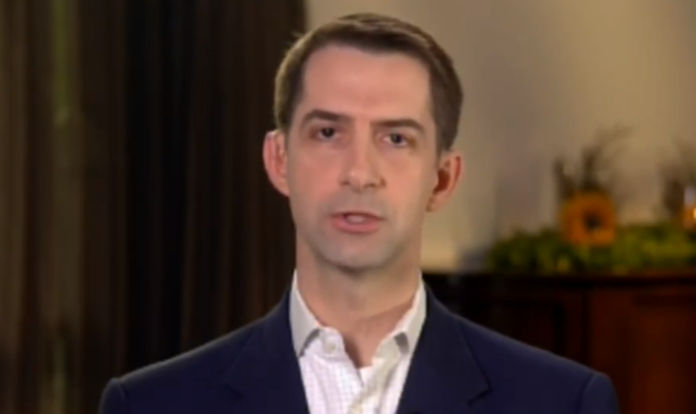 Arkansas Republican Senator Tom Cotton said Sunday that medical professionals and women aren’t the ones who decided whether or not a woman has an abortion. That decision, he added, should be up to the voters and their elected representatives.

In other words, Senator Cotton wants a pregnancy plebiscite.

During an appearance on “Meet the Press,” Cotton was asked about the proliferation of harsh anti-choice legislation in states such as Alabama, Georgia, and Missouri which have been in the news this week. He responded:

“Medical science, of course, informs these decisions, but ultimately these are moral questions.

“As the progress of medical science advances, it informs our debate.

“We have some horrific practices that are now possible by medical science, such as screening for abortion, for people who may want to select for a male child instead of a female child or who look for various kinds of genetic defects or indicators. And they want to abort a child that may not even have those illnesses or those diseases when they’re born.”

Apparently, the senator isn’t familiar with the fact that since he cannot get pregnant or give birth to a child, he isn’t exactly qualified to choose what a woman who can do both decides  regarding her own reproductive health.

Rather than allow medical professionals and women to choose what is best for the woman and her long-term mental and physical well-being, the senator believes he and his predominantly male counterparts in legislative bodies should decide:

“I think those decisions (Roe v. Wade and Casey v. Planned Parenthood) were wrongly decided, as a constitutional matter. I think these are decisions that the American people ought to make through their elected representatives.”

So now Senator Cotton wants to take the power to decide matters of the Constitution away from judges (even though that same documents gives them that explicit duty and power) and hand it to him so he can make choices for women he’s never met.

The abortion debate comes down to a very simple premise that should solve all of the endless arguing: If you’re a woman and don’t believe in abortion, don’t get one. But don’t try to make that decision for another woman.

Are you listening, Senator Cotton?