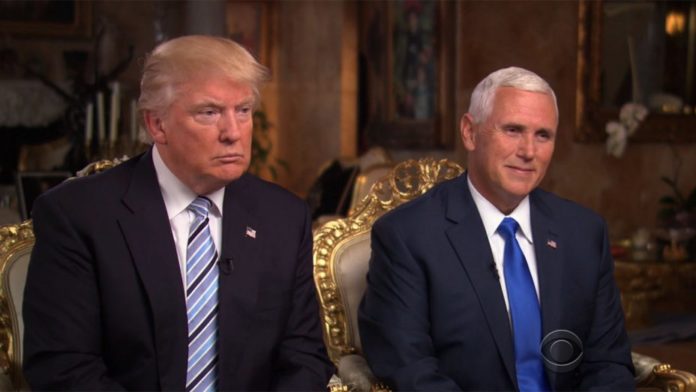 According to a new book, Vice President Mike Pence was ready to sign off on removing President Donald Trump shortly after the president fired FBI Director James Comey if a majority of the cabinet agreed to do so under provisions set forth in the 25th Amendment to the U.S. Constitution.

The much-anticipated book “A Warning,” reportedly written by an unnamed senior White House official, claims that high-level White House aides were certain that Vice President Mike Pence would support the use of the 25th Amendment to have President Donald Trump removed from office because of mental incapacity.

According to the exposé, which is written by someone that The New York Times and the publisher of the book say is a current or former senior White House official, using the pen name “Anonymous,” highly placed White House officials did a back-of-the-envelope tally of which Cabinet members would be prepared to sign a letter invoking Section 4 of the 25th Amendment to the Constitution, which says that if the president is deemed unfit to discharge the duties of his office, the vice president would assume the role.

Not long after Trump fired Comey, the Department of Justice appointed Robert Mueller as special counsel to investigate Russian interference in the 2016 election and potential interference in the probe from the president and others in the administration.

During the period after Mueller’s appointment, the book alleges, Trump’s behavior “was so erratic that it ignited the internal discussions about the 25th Amendment.”

The revelations found in the new book, which will be published on November 19, could provoke the ire of Trump, who is under the impression that Pence is a eternally loyal to him:

Since Trump was sworn in as president in January 2017, Pence has endeavored to be a loyal soldier, but Trump has a high capacity for remembering disloyalty or any dissension. One incident that two sources tell HuffPost the president has brought up in the past was Pence signaling to the Republican National Committee, hours after the infamous “Access Hollywood” tape was published by The Washington Post in October 2016, that he would be prepared to take over as the Republican nominee if they wanted to oust Trump.