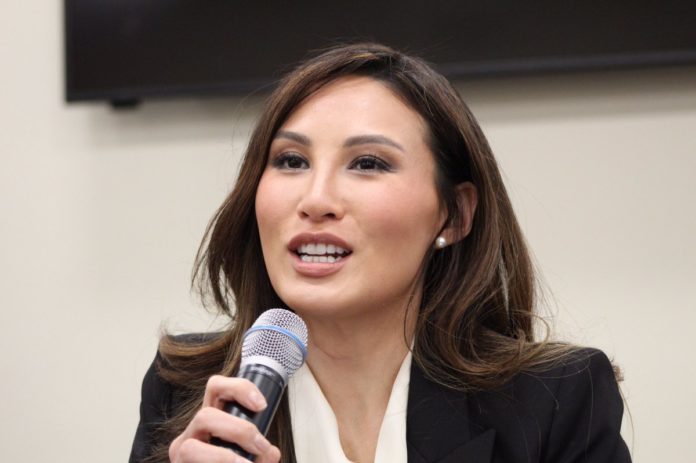 A senior State Department official in the Trump administration has been caught inflating her résumé with wild claims about her professional background, according to NBC News:

An NBC News investigation found that Mina Chang, the deputy assistant secretary in the State Department’s Bureau of Conflict and Stability Operations, has inflated her educational achievements — like claiming, falsely, to be a Harvard grad — and exaggerated the scope of her nonprofit’s work.

Whatever her qualifications, Chang had a key connection in the Trump administration. Brian Bulatao, a top figure in the State Department and longtime friend of Secretary of State Mike Pompeo, attended a fundraiser for her nonprofit in Dallas and once donated $5,500 to her charity, according to a former colleague of Chang’s.

Chang even pretended she had been featured on the cover of Time magazine, which has long been an obsession of President Donald Trump:

In a 2017 video posted on her nonprofit’s website, Chang can be heard describing her work while a Time magazine cover with her face on it scrolls past.

“Here you are on Time magazine, congratulations! Tell me about this cover and how it came to be?” asks the interviewer, who hosts a YouTube show.

Chang’s apparently fudging of her professional credentials once again points to a much larger problem in the Trump administration: Its failure to properly vet people before giving them jobs in various federal agencies, NBC notes:

A 24-year-old former Trump campaign volunteer, Taylor Weyeneth, rose to a senior job in the White House drug policy office without any relevant professional experience. He was fired last year after a Washington Post report brought public attention to his meteoric rise.

In August, Trump withdrew a nominee for director of national intelligence, Rep. John Ratcliffe, R-Texas, less than a week after lawmakers raised questions about his qualifications and the accuracy of his résumé.

Chang also claims to have been CEO of the nonprofit Linking the World, but that too appears to be questionable:

Chang has touted her small nonprofit online and in speeches as operating in dozens of countries, building schools and ‘impacting’ thousands of people. But tax filings for her organization offer no concrete information about overseas projects and show a budget of less than $300,000 with a handful of staff.

In her official biography, Chang proudly says she’s an “alumna” of Harvard Business School, but Harvard report she only attended a seven-week course there in 2016 and holds no official degree from the university.

Apparently, the main qualification to work in the Trump administration is the willingness to lie repeatedly.