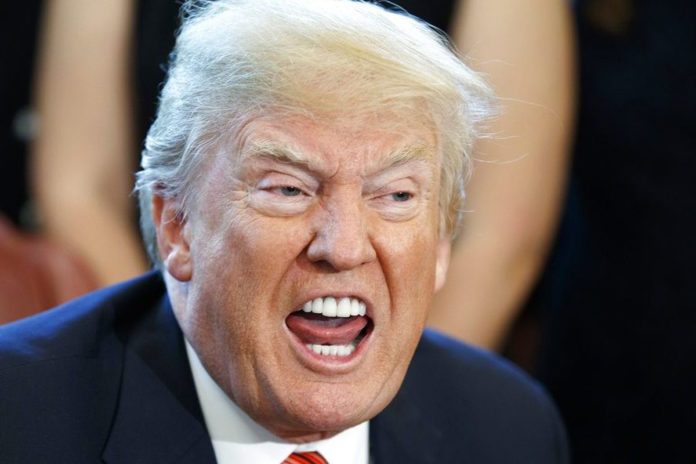 CNN White House correspondent Jim Acosta has a new book entitled Enemy of the People, and based on what he heard from staffers who have worked in the Trump administration, President Donald Trump is indeed just as mentally unhinged as we’ve long suspected from listening to his speeches and reading his tweets.

In a review of the book published by The Guardian, Martin Pengelly notes:

True to the style of Washington political reporting often complained about by Trump, Acosta mostly uses unnamed sources, many of whom are said to have spoken over social drinks. They are often blunt in their assessment of their boss. A “senior White House official” tells Acosta: “The president’s insane.” A “former White House national security official” says staffers were not sure the president had not been “compromised” by Russia.

But wait; it gets even more sinister:

At the start of Trump’s presidency, the White House was frustrated by anonymously sourced stories and what it saw as the antagonistic stance of mainstream outlets from CNN and NBC to the Washington Post and the New York Times. Because Republicans controlled Congress and Trump needed an enemy that could be presented as dangerous and effective, Acosta writes, the president decided to attack the media.

Trump decided to demonize the media because he was constantly failing to get any legislation through Congress (i.e. a repeal of Obamacare) and was under investigation, so he had to try and find a scapegoat. It’s the very same thing Trump has done his entire life: Nothing is ever his fault. He has to try and shift the blame to others because his fragile ego cannot accept defeat or setbacks.

But is the media really the enemy? It doesn’t appear so, based on the actions of current White House Press Secretary Sarah Sanders, who reportedly hobnobs with the very same reporters she takes potshots at from the podium on the rare occasion when she actually holds a press briefing:

There follow bruising battles with Spicer’s successor, Sarah Sanders, whose approach to the job, including lying freely and cutting press briefings almost to zero, Acosta criticizes heavily – even though, he writes, “we had all been for drinks with her” and she could “throw back her Maker’s and Coke with the best of them.”

Is Donald Trump insane? Apparently some of the people who work for him believe he is.