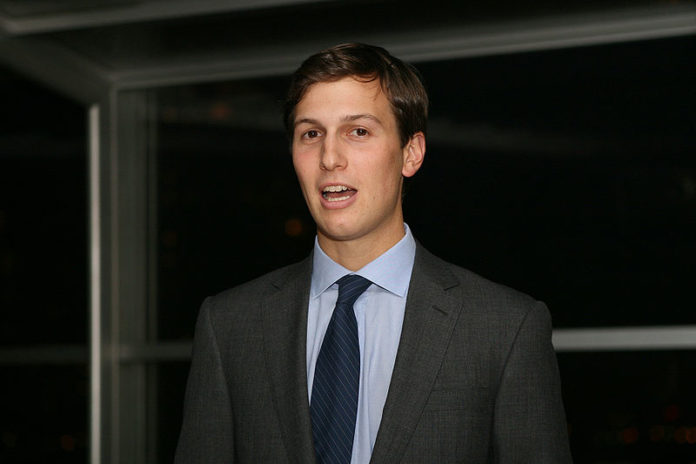 President Donald Trump may not be the person in the White House we should be worrying about the most, argues Harvard Law professor Laurence Tribe and University of New Hampshire professor and attorney Seth Abramson. That would be Trump’s son-in-law Jared Kushner.

As we all now know, Trump personally intervened to make sure Kushner received top secret security clearance over the objection of intelligence officials who saw multiple red flags concerning Kushner and his various business ties to countries such as Russia, Saudi Arabia, and Israel, among others.

But while we know that Trump has spilled national security secrets to foreign leaders, Kushner is in a position to do even more damage in an effort to secure business contracts in foreign nations. The Kushner family is billions of dollars in debt, and Jared is likely desperate and greedy enough to sell America’s secrets to the highest bidder.

That makes him a traitor who is unfit to serve in the White House, or be a free man for that matter.

And that’s why Abramson explained on Twitter just how dangerous Kushner is and why Americans should be frightened that he has so much power.

I’m going to tell you now the chief thing I’ve learned from many months of research for my forthcoming book Proof of Conspiracy: Jared Kushner is now the greatest domestic danger to America. And many former US government officials know for a fact that what I’ve just said is true.

1/ Whatever you think VP Dick Cheney was to President George W. Bush, take that, make it 3 times as sinister, make Bush 10 times more sociopathic and a devout criminal, and make Cheney stupid, venal, and entirely dismissive of our rule of law and you get what Kushner is to Trump.

2/ Kushner is going to get us into a *devastating* war with Iran. Jared, singlehandedly. Jared, to make money for himself. I’ll say now that Jared more richly deserves to be in prison for the rest of his life than Manafort, and Manafort richly deserves it. That’s how bad this is.

3/ I’m wondering today more than I ever have before whether Special Counsel Robert Mueller has spoken to one man: Rex Tillerson. For all that Tillerson presented a danger of a corrupt detente between Trump and Putin, I think he knows *now* exactly how dangerous Jared Kushner is.

4/ Don’t believe anything you hear from Kushner’s attorney or from Kushner. *Ever*. The latter will always be lying to you, and the former will either be lying to you or will have been lied to by his client. I don’t know if Mueller can save us from this particular danger or not.

5/ Whether you realize it or not, Kushner having top secret security clearance is *the* issue in American politics right now, as Trump circumventing our intelligence community to give his son-in-law that access is the shibboleth that made the current danger to America *possible*.

6/ Our foreign policy is totally off the rails in a way that is dangerous, and the sole reason for this is the Kushner-Trump axis. Our values have been betrayed in ways that we may shortly feel so keenly our heads will spin. We need whistleblowers to blow their whistles now. /end

Kushner’s dealings with Israel and his desire to do business there could result in him pushing the United States into a war with Iran, something Israel desires because they want us to fight their battles for them. While our troops lose their lives and our Treasury burns through money we don’t have, Israel can sit on the sideline and watch us fight a war they have wanted to trigger for years. In exchange, Kushner gets business deals and a fat bank account. And he is in the perfect position to make it happen.

That’s why Tribe wholeheartedly agreed with Abramson and compared Kushner to Benedict Arnold.

I’m with @SethAbramson here. Smarmy, slimy, smiling Jared Kushner of 666 Fifth Avenue is the beating heart of this unprecedentedly corrupt and deeply evil administration. He’ll eventually be exposed as an insatiably greedy Benedict Arnold. Read the thread and watch this space. https://t.co/E1TSV520tR

Tribe and Abramson are top-notch legal experts who understand the stakes involved. Kushner is a threat to our survival because of his access to America’s most guarded secrets, and he is willing to sell us out for riches. Americans should be outraged and calling for his ouster from office and his prosecution to the fullest extent of the law.