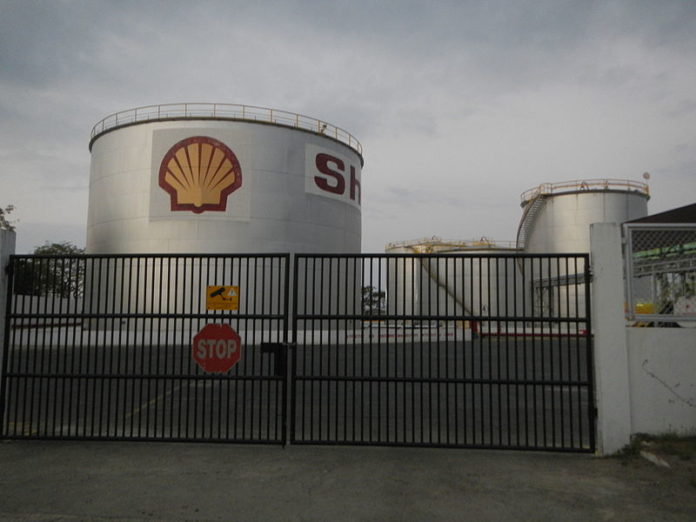 A company that forces their employees to support a politician under penalty of being denied pay is disgraceful, and it turns out that Shell did just that on Tuesday when President Donald Trump showed up at a construction site to deliver a speech.

Ahead of Trump’s speech on Tuesday at Royal Dutch Shell’s petrochemical plant near Pittsburgh, the company sent out a memo to employees warning them that if they chose not to attend they wouldn’t be paid, thus making their attendance mandatory even though the company claimed it’s not.

Workers were told to arrive at 7 am, and they even received no lunch as they stood for hours so they could get their IDs scanned to get paid.

According to the Pittsburgh Post-Gazette:

Shell spokesman Ray Fisher explained that the workers onsite have a 56-hour workweek, with 16 hours of overtime built in. That means those workers who attended Mr. Trump’s speech and showed up for work Friday, meeting the overtime threshold, were being paid at a rate of time and a half, while those who didn’t go to hear the president were being paid the regular rate, despite the fact that both groups did not do work on the site Tuesday.

“This was treated as a paid training day with a guest speaker who happened to be the president,” Fisher added.

It’s a pretty sh*tty deal for these workers. No one should be forced to support a politician in order to earn their paycheck. That would be like the owner of Starbucks forcing all of his employees, whether they are conservatives or not, to attend and cheer a speech delivered by former President Obama. This is coercion, pure and simple.

Oh, and the workers definitely were forced to cheer.

“No yelling, shouting, protesting or anything viewed as resistance will be tolerated at the event,” the workers were told. “An underlying theme of the event is to promote good will from the unions. Your building trades leaders and jobs stewards have agreed to this.”

But the union leaders certainly didn’t agree to it because they had no idea Shell was doing this.

Trump even insulted those same union leaders during his remarks, even going so far as to call for them to be voted out of their union leadership positions if they don’t vote for him in 2020.

“I’m going to speak to some of your union leaders to say, ‘I hope you’re going to support Trump.’ OK?” he said. “And if they don’t, vote them the hell out of office because they’re not doing their job.”

This is a slippery slope that could lead to employers telling their workers who to vote for and threatening their job if they don’t vote the way they are told. And they would get away with it in Trump’s America.

Shell should be ashamed of themselves for making their workers support a man who doesn’t give a damn about them. The use of such tactics just demonstrates how little support Trump has, because if these workers truly supported him, they would not have had to be forced to attend at all.