The United States Blues
Home News Shep Smith Calls Out Trump For Siding With Saudi Arabia Over Our... 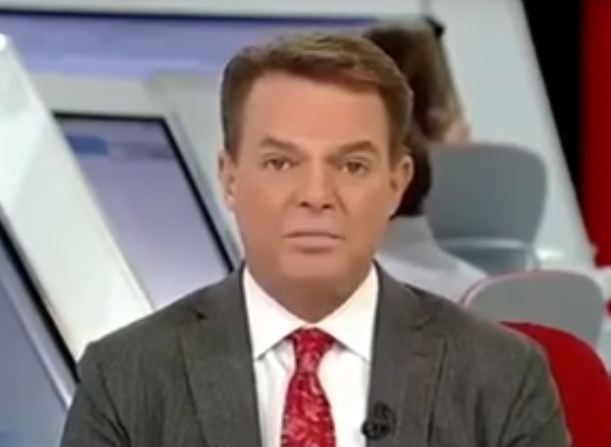 A Saudi hit squad tortured and murdered Khashoggi inside the Saudi Arabian consulate in Turkey before cutting his body to pieces in an effort to cover up the horrendous crime.

Khashoggi leaves behind his children, who are American citizens.

Despite being directly implicated in the crime by the CIA, Trump refused to condemn the Saudis and actually had the gall to continue defending bin Salman in a statement questioning the intelligence gathered by our own people.

“Our intelligence agencies continue to assess all information, but it could very well be that the Crown Prince had knowledge of this tragic event – maybe he did and maybe he didn’t!”

Instead, Trump smeared Khashoggi by accusing him of being an extremist member of the Muslim Brotherhood in order to justify the killing.

Shep Smith, one of the only real newsmen employed by Fox, did not let Trump get away with sucking up to the Saudis without a public condemnation on national television.

“President Trump stands with Saudi Arabia, after the American intelligence community concluded that the Saudi crown prince ordered the murder of the Washington Post journalist Jamal Khashoggi,” Smith began. “Today the president insulted the murder victim and sided with the Saudis, who said our CIA is wrong.”

“In his lengthy missive, riddled with exclamation points, Mr. Trump wrote, ‘We may never know the facts surrounding the murder of Mr. Jamal Khashoggi. In any case, our relationship is with the Kingdom of Saudi Arabia.’ The president said that maybe the Saudi crown prince, Mohammed bin Salman knew about the murder, or maybe he didn’t, yet the CIA has concluded not only that he knew, but that he ordered the brutal killing,” Smith continued.

Smith went on to point out that the CIA hasn’t even put out a full report, yet Trump is jumping to support Saudi Arabia anyway in order to undermine what will likely be a damning report. And while Trump is willing to ignore crimes against U.S. residents and journalists overseas, lawmakers on both sides are not.

“Lawmakers are putting pressure on the White House to punish the Saudis, both Republicans and Democrats,” Smith concluded. “And U.S. allies are doing the same. So the president may not have the last say. We’re waiting for the full report from the CIA. But today, the president got ahead of his intelligence agencies, in essence, it doesn’t matter what intel says, we are standing with the Saudi kingdom.”

Once again, Trump has turned his back on our intelligence agencies in favor of those who do us harm, first kowtowing to Russia despite the attacks on our democratic process in 2016, and now bowing down to Saudi Arabia after the murder of a United States resident.

Trump is treating authoritarian nations with kid gloves for murdering people and interfering with our elections all while treating our European and North American allies like shit over trade deficits that don’t matter. It’s disgraceful, and proves that Trump does not care about our country as much as he cares about making his puppetmasters happy.