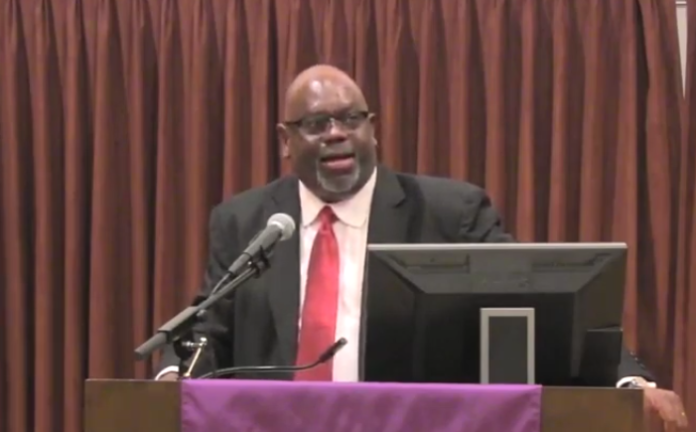 Reeves, who serves on the U.S. District Court for the Southern District of Mississippi, delivered a speech at the University of Virginia School of Law on Thursday, where he denounced Trump’s effort to rig the judicial system against civil rights, particularly those of people of color.

He also took aim at Trump for constantly attacking the courts for not ruling in his favor, behavior that invokes hurtful memories of hate groups in the past.

“When politicians attack courts as ‘dangerous,’ ‘political,’ and guilty of ‘egregious overreach,’ you can hear the Klan’s lawyers, assailing officers of the court across the South,” Reeves said. “When leaders chastise people for merely ‘us[ing] the courts,’ you can hear the Citizens Council, hammering up the names of black petitioners in Yazoo City, [Mississippi]. When the powerful accuse courts of ‘open[ing] up our country to potential terrorists,’ you can hear the Southern Manifesto’s authors, smearing the judiciary for simply upholding the rights of black folk. When lawmakers say ‘we should get rid of judges,’ you can hear segregationist Senators, writing bills to strip courts of their power.”

“This Administration and a bare majority of the Senate, walking arm-and-arm, are not stumbling unaware towards a homogeneous judiciary,” Reeves continued before issuing a call to action.

“Judges, politicians, and citizens alike must denounce attacks that undermine our ability to do justice,” he declared. “It is not enough for judges, seeing race-based attacks on their brethren, to say they are merely ‘disheartened,’ or to simply affirm their non-partisan status…Think of the pattern of judicial nominees refusing to admit, like generations of nominees before them have, that Brown v. Board was correctly decided.”

Indeed, Trump’s own nominee to be the next Deputy Attorney General actually refused to say if racial segregation is wrong when asked about Brown v. Board of Education, suggesting Trump intends to attack the landmark ruling and chip away at anti-segregation laws.

In the end, Reeves expressed gratitude for former President Barack Obama and lamented that Trump is trying to reverse all the good work Obama did to try and bring diversity to the courts.

“The effort to make our judiciary reflect America was as brief as it was remarkable,” he said. “We are now eyewitnesses to the third great assault on our judiciary…The slander and falsehoods thrown at courts today are not those of a critic, seeking to improve the judiciary’s search for truth. They are words of an attacker, seeking to distort and twist that search toward falsehood.”

It is unusual for a sitting federal judge to criticize the president, but these are unusual and dangerous times. Our nation is under attack from within and the very rule of law that is enshrined in the Constitution is threatened more than ever before in our history. That’s why more judges need to stand up and speak out like Reeves. Because if our judges won’t stand up and defend the rule of law and justice that they swore to uphold, no one will and all will be lost.