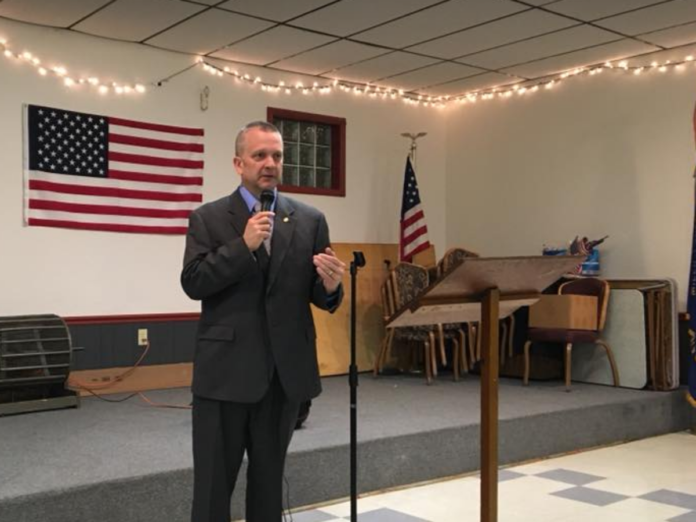 Metcalfe is the chair of the House State Government Committee, whose members include Democratic Reps Brian Sims, Chris Rabb, and Matt Bradford, respectively.

Metcalfe accused Rabb of making “false accusations” against him stemming from a confrontation between the two last week. Metcalfe alleges that Rabb “launched into a profanity laced disrespectful tirade.”

“Another lying Philadelphia Liberal Democrat Legislator attacking me this week with the help of the media!” Metcalfe whined. “Another Democrat playing the victim while he is actually the perpetrator! After a committee meeting last week Philadelphia Representative Rabb approached me and launched into a profanity laced disrespectful tirade. A week later he wrote a letter making false accusations that I threatened him and based it on me possibly being armed because of my support for the 2nd Amendment!”

But that’s not how Rabb remembers it.

The exchange, Rabb wrote, occurred after a divisive meeting last week of the House’s state Government committee, which Metcalfe chairs. After the meeting, Rabb said he and Metcalfe argued about eleventh-hour changes that had been made to a redistricting bill, and that Metcalfe allegedly told him that “we’d have a very different conversation on the street.”

“Such language,” Rabb wrote in the April 16 letter, “is commonly used as a threat of violence. And being that it is widely rumored that Rep. Metcalfe carries a firearm on him inside of the Capitol complex, I take that threat very seriously.”

He added: “I wanted to apprise your office of this threat so that all possible measures can be taken to ensure my safety while in the Capitol.”

Metcalfe went on to accuse “liberal loser Democrat legislators” of attacking him, and he really let his homophobia fly against his gay colleagues.

“Former Rep Leslie Acosta who lied about me is now convict Acosta, lying homosexual Rep Brian Sims has been under an ethics investigation, then there is constant touchy-feely Rep Matt Bradford who has touched me over 40 times in what many observers have said is an attempt to provoke me!” Metcalfe said.

Then Metcalfe concluded his rant by admitting that he abuses his power on the committee:

“When they oppose us on my committee, they lose every vote and we win every vote!” he said. “I block all substantive Democrat legislation sent to my committee and advance good Republican legislation! Liberals continue their lying attacks in an attempt to stop my work in defense of taxpayers and our liberty!”

You’re a gaslighter who threatens people and then backs down and claims victimhood when you’re called out. It’s the ultimate sign of intellectual dishonesty. Grow up and at least have the courage of your broken convictions.

So, what you’re saying is that you have no intention of doing your job by advocating good policy for your constituents you’re simply supporting anything republicans introduce and blocking dems? Tell me again why they need you…..

He rants about liberty amidst his bigotry but @RepMetcalfe has had plenty of his own legislation ruled unconstitutional. 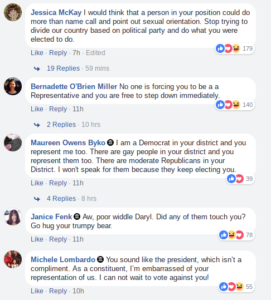 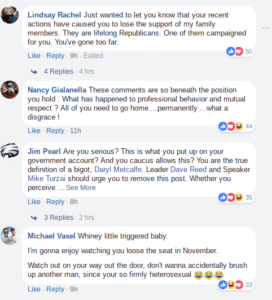 Pennsylvania Democratic Party Executive Director Sinceré Harris condemned Metcalfe’s hateful and offensive temper tantrum and called for him to be removed from his position as committee chairman:

“Daryl Metcalfe’s public admission that he is a partisan hack who abuses his power at the expense of making government better for Pennsylvanians is absolutely disqualifying,” Harris said. “Metcalfe’s racist and homophobic outbursts and blatant admission that he blocks legislation from advancing for the sole reason that it is sponsored by Democrats is why Pennsylvanians distrust Harrisburg. Not only is he a disgusting human being, he is incredibly unfit to run the House’s State Government Committee and Mike Turzai must revoke his chairmanship immediately.”

Metcalfe has no business being in public office, much less the chairman of a committee. He’s a loose cannon who has no respect for his Democratic colleagues and is incapable of bringing dignity and professionalism to the office he holds. Pennsylvania voters should work to oust Metcalfe the way they worked to elect Conor Lamb in March to make sure no one like him ever has a chance to serve in government ever again.