The United States Blues
Home News Soccer player demands Congress do something about gun violence after scoring a... 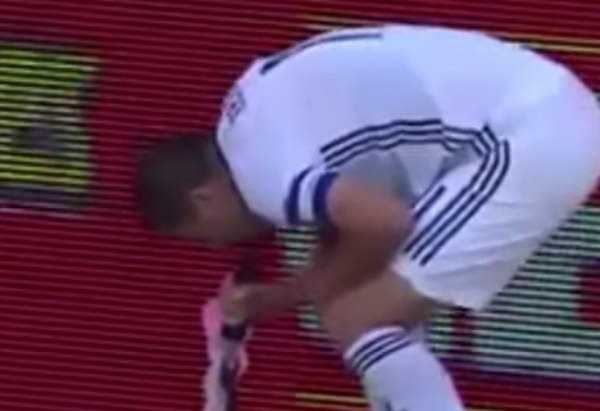 Republican refusal to do anything to stop mass shootings in the wake of a deadly terrorist attack by a white nationalist in El Paso has frustrated an American soccer player so much that he grabbed a microphone and demanded action against gun violence after he scored a goal during a game.

United States Men’s Soccer player Alejandro Bedoya of the Philadelphia Union expressed anger at Republicans after they once again offered mere “thoughts and prayers” in response to the shooting that left 20 dead.

Seeing more thoughts and prayers bullshit.
Words without actions are just worthless. America, it seems, is becoming a dystopian society.
Do something!!! Enough!!!

Soon enough, someone responded by suggesting Bedoya has no ideas, only to get schooled.

I’m not a policymaker either. I’m shouting at those hypocrites to get their shit together. You want some plans. We can start with stricter background checks, red flag laws, making a registry for gun purchases, closing gun show loopholes, and taxing ammunition. Better for you?

Bedoya clearly has done his homework on this issue. And it just so happens that the House passed two background check bills that would prevent people who shouldn’t be getting guns from getting them. But Senate Majority Leader Mitch McConnell (R-Ky.) refuses to let the bills come up for a vote.

After his tweets, Bedoya and his team had a match and after scoring a goal he noticed a microphone, grabbed it, and proceeded to call out Congress.

“Congress, do something now. End gun violence,” he shouted as the crowd cheered in approval.

Here is video of him doing it pic.twitter.com/tMPBL27DLk

Bedoya’s goal and passionate demand spurred his team to a 5-1 victory and demonstrated that Americans have reached their breaking point. Senate Republicans must do something now or they will be seen as part of the problem come Election Day on 2020.