The United States Blues
Home Health Social Media, Fake News, And Affluence Are Aiding A Surge In The... 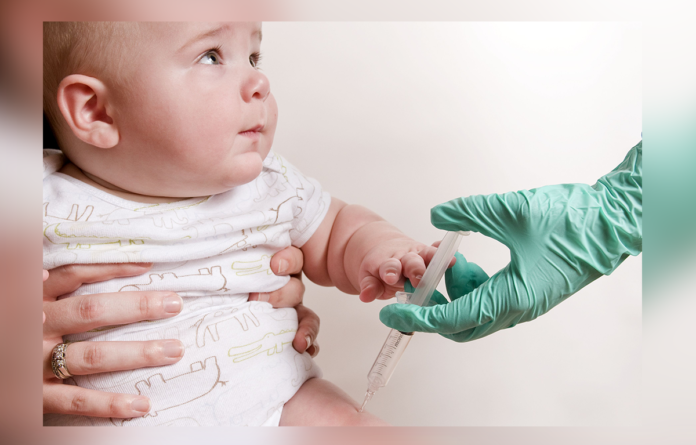 We’ve all seen how the proliferation of echo chambers on social media can have disastrous consequences for American democracy. As people are saturated with unlimited information on the internet, many have lost the ability to filter out the fact from the fake news. The real-life result: Flat-earthers seems to be making a comeback, more and more parents are opting to isolate and homeschool children, the theory of evolution is pushed aside for creationism, and now the ridiculous anti-vaxxer movement is taking hold in America.

A pediatrician-scientist who has an autistic daughter and develops vaccines has raised concerns that the anti-vaxxer movement is growing in at least 12 states and probably more. The end result will most likely be deadly outbreaks of diseases that are entirely preventable because of vaccines. Children will die because their misled and often affluent parents read something false on the internet or on social media that led them to believe vaccinations cause autism.

NEW my latest @ConversationUS op-ed and the release of my new book #VACCINES DID NOT CAUSE RACHEL'S #AUTISM @amazon https://t.co/ZxTkn0z1eU https://t.co/JC3tgbNhfT

Peter J. Hotez relocated from the Washington D.C. area to Texas in 2011 and was alarmed to discover that the anti-vaxxer movement was “aggressive, well-organized and politically engaged.” Unlike in the D.C. area, the southwest appeared to be a hot-spot for the anti-vaxxer movement. He found at least 57,000 Texas schoolchildren didn’t receive vaccines because their parents opted out for non-medical reasons. Yet the real number is probably much higher since at least 300,000 kids are home-schooled in the state.

Latest from @TexasTribune: How the #antivax lobby in #Texas places phony contrived "medical freedom" ideologies ahead of the rights of children to be protected against serious even deadly infectious diseases. Good quotes from @Immunize_USA #VaccinesWork https://t.co/Yzw1MtdziS

He took part in a study of kindergarten schoolchildren with the Baylor College of Medicine and Texas Children’s Hospital. They looked at 14 states where the law allowed parents to refuse vaccines for “conscientious objector” or “philosophical/personal belief” reasons. The researchers didn’t have access to the four other states that also allow the exemptions.

The team discovered that the anti-vaxxer movement is on the rise in 12 states, with a particular surge in the western states: Idaho, Oregon, Washington, Arizona, Missouri, Oklahoma, Texas, and Utah. Although they aren’t sure why this is happening, they suspect this is due to political lobbying by PACs that work to endorse and influence political candidates who support their anti-vaxxer ideas.

Other possible reasons for the rise of the anti-vaxxers: Access to fake news on the internet and social media echo chambers. It could also be suggested that a belief in limited government interference, anti-science and anti-fact stances are contributing to the problem. We can certainly see how the current political climate under Donald Trump is only exacerbating that situation.

As Hotez points out, the real effects are going to cost children their lives:

“The effects of anti-vaccine websites and social media, together with the PACs, are quite powerful. They include a terrible measles outbreak in Minnesota in 2017; measles outbreaks in New York and Missouri this year; and almost 200 influenza deaths of unvaccinated children.”

Hotez fully expects outbreaks of measles and pertussis in the coming years, particularly in the American West.

The cost of listening to fake news, misinformation, and fear-mongering is viral ignorance that leads to needless suffering and death in America. In less privileged parts of the world, they still remember that vaccines mean life or death.

See more about vaccines from the Centers for Disease Control and Prevention below: