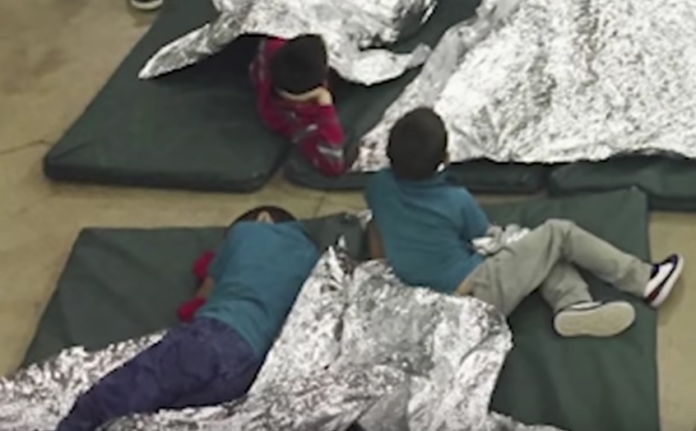 The Trump administration is treating migrant children in concentration camps so inhumanely that an author held hostage by Somali pirates for nearly three years says that his captors treated him better.

On Tuesday, Department of Justice lawyer Sarah Fabian lit human rights on fire during a court appearance in which she literally argued that migrant children don’t need sleep, a toothbrush or soap, all of which are necessary for humans to live decent lives.

Sleep deprivation is torture and refusing to provide hygiene products and dental care is negligent of the health of these kids who have been locked up in cages and separated from their parents.

The panel of judges on the Ninth Circuit Court of Appeals who heard Fabian’s argument were aghast at her claims on behalf of Trump’s politicized Justice Department.

“You’re really going to stand up and tell us that being able to sleep isn’t a question of ‘safe and sanitary’ conditions?” Judge Marsha Berzon asked. “You can’t be sanitary or safe as a human being if you can’t sleep.”

Fabian outrageously continued to insist that the law allows the government to treat human beings this way.

Here’s the video of the full hearing via YouTube.

Migrant children are being placed in overcrowded camps, one of which is literally the former site of a Japanese concentration camp. And some of them are even dying in Homeland Security custody

Author Michael Scott Moore, who had been a captive of Somali pirates for nearly three years and wrote about his experiences in his 2018 book The Desert and the Sea : 977 Days Captive on the Somali Pirate Coast, took to Twitter on Saturday and made it clear in one sentence just how bad the Trump administration is treating these kids.

Even Somali pirates exercised more humanity than the Trump administration is toward these children, many of whom of toddlers. And Moore probably got to sleep, too.

The American people need to put an end to this shameful situation before Trump repeats the history of Nazi Germany here in the United States. Because we should all know what happens next after concentration camps are established and those in the camps are routinely treated inhumanely.