The United States Blues
Home Elections Some states are canceling 2020 GOP primaries to keep Trump from being... 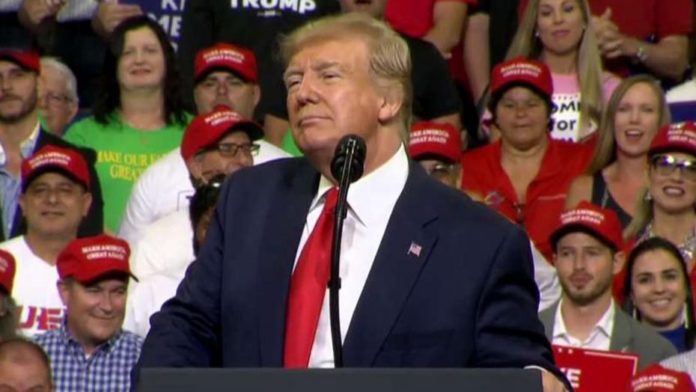 At least four states will cancel their 2020 GOP primaries and caucuses in a move to prevent President Donald Trump from being embarrassed by candidates who have announced they will seek the Republican nomination in a direct challenge to the incumbent president, Politico reports:

Republican parties in South Carolina, Nevada, Arizona and Kansas are expected to finalize the cancellations in meetings this weekend, according to three GOP officials who are familiar with the plans.

The moves are the latest illustration of Trump’s takeover of the entire Republican Party apparatus. They underscore the extent to which his allies are determined to snuff out any potential nuisance en route to his renomination — or even to deny Republican critics a platform to embarrass him.

Former Rep. Joe Walsh (R-IL), who recently announced he would be entering the GOP presidential primary, said the move shows that Republicans think Trump’s support is “soft” and he cannot take a head-to-head confrontation from members of the party who disagree with him on many issues:

“Trump and his allies and the Republican National Committee are doing whatever they can do to eliminate primaries in certain states and make it very difficult for primary challengers to get on the ballot in a number of states. It’s wrong, the RNC should be ashamed of itself, and I think it does show that Trump is afraid of a serious primary challenge because he knows his support is very soft.

“Primary elections are important, competition within parties is good, and we intend to be on the ballot in every single state no matter what the RNC and Trump allies try to do. We also intend to loudly call out this undemocratic bull on a regular basis.”

All of this comes after months of behind the scenes moves by the Trump campaign, according to Politico. Top White House and campaign aides are trying to make sure that the president has complete control of every aspect of the nominating process as he seeks a second term in office. They fear a divisive primary challenge such as the one George H.W. Bush faced in 1992 from an insurgent campaign launched by right-wing pundit Pat Buchanan.

It should also be noted that the 2020 primary cancellations do have a historical precedent. Arizona didn’t not hold a Democratic presidential primary in 2012, when Barack Obama was seeking a second term. The same was done in the Grand Canyon State in 1996, when Bill Clinton was running for reelection.