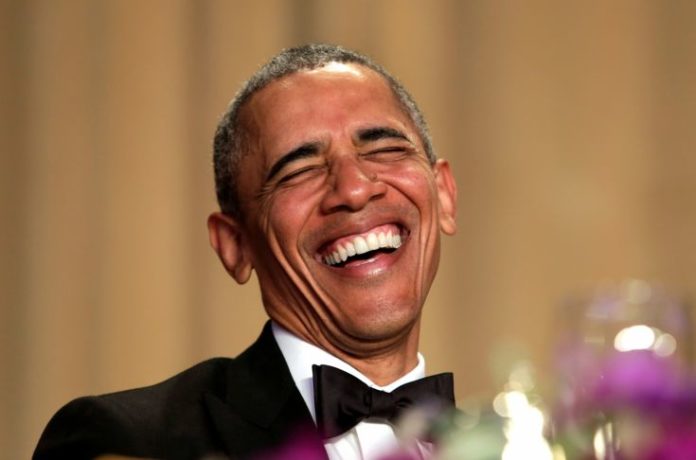 The town of Rapid City, South Dakota, unveiled a bronze statue of former President Barack Obama on Saturday as part of the town’s City of Presidents, which features life-size statues of past U.S. presidents along the streets and sidewalks of the city.

The Hill reports that the statue took two years to complete and was constructed by local artist James Van Nuys.

Though he’s been out of office for over three years, Obama remains popular with the majority of Americans. His highest approval rating during his eight years in office was 69 percent. Current President Donald Trump has never risen above an approval rating high of 46 percent. When he left office in January of 2016, Obama’s rating stood at 59 percent.

As we’ve also learned since Trump took office, he’s obsessed with Obama and tries to compare himself to the former president every chance he gets.

So it should come as no surprise that lots of conservatives on social media got their feelings hurt by the unveiling of the Obama statue in Rapid City. Take a look at some of their childish, snowflake rantings:

PREDICTION: Melted down in less than 2 years.

Placing the statue in front of the city sewer plant

THESE AMERICANS ARE ON DRUGS? STATUE OF A LOSER? GUY WHO SHIPPED OUT JOBS, PUT MORE BLACKS OUT OF JOB, INCREASED DEFICITS LIKE NO TOMORROW, GAVE AWAY $$ & FREE PASS TO IRAN, FOOLED AMERICANS & RECEIVED NOBEL FOR BEING BLACK PRESIDENT (NO OTHER QUALIFICATION!!).. CRAZY !!!!!!!!!🙏

OMG, you people are in denial! BO is the worst President in US History! He and his wife hate America and have done everything possible to create a Socialist country!

Once Trump finds out about the statue, we can probably expect a Twitter hissy fit from him, too.