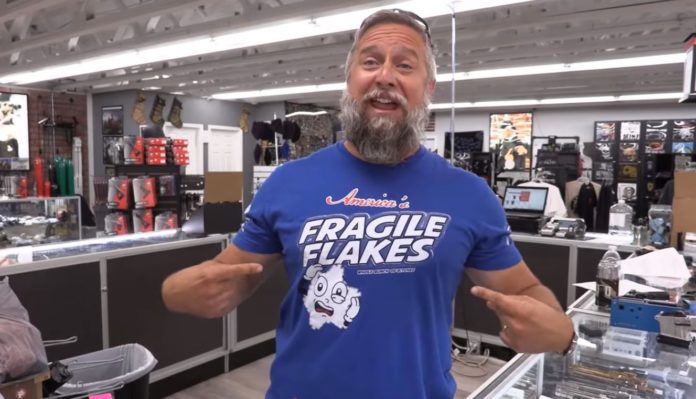 On Saturday, less than 24 hours after the mosque shootings in Christchurch, New Zealand, that left 50 worshipers dead took place, a St. Louis area gun-supply store posted a poll on its Facebook page that asked:

“How do you ‘feel’ about the NZ Shooting?”

The two options that could be clicked on were “It is a horrible tragedy” and “It is fucking great.”

That poll appeared on the page of a store in St. Peters named Tactical Shit, and the owner, T.J. Kirgin, eventually removed the poll when people began complaining, and he told the Riverfront Times:

“We don’t like Muslim extremists at all. We’re not fans of Islam in any shape or form. Still, killing of innocent civilians is probably not cool.”

Why did Kirgin post such a tasteless and utterly disgusting poll in the first place. He explained:

“That’s how polarized this thing is already. So then I’m like, ‘Fuck it, fucktards, I gotta find out what you’re thinking here,’ because it’s obviously a polarized thing within our fan base, which are hardcore motherfuckers. So I put out a poll.” 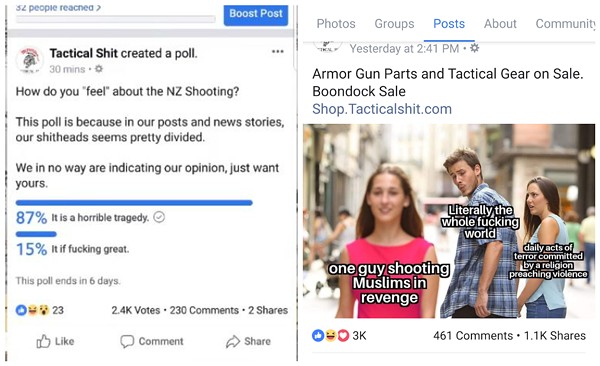 While Kirgin said in a podcast made after the shooting that he didn’t agree with what the accused New Zealand shooter, Brandon Tarrant, had done, he also made sure to note that it’s hard to disagree with Tarrant’s 75-page screed that was posted online before the rampage began at two mosques, asserting that Muslims want to have large families and “dominate most of America.”

Tactical Shit also sells a t-shirt that it proudly advertised in the aftermath of the murder spree in New Zealand: 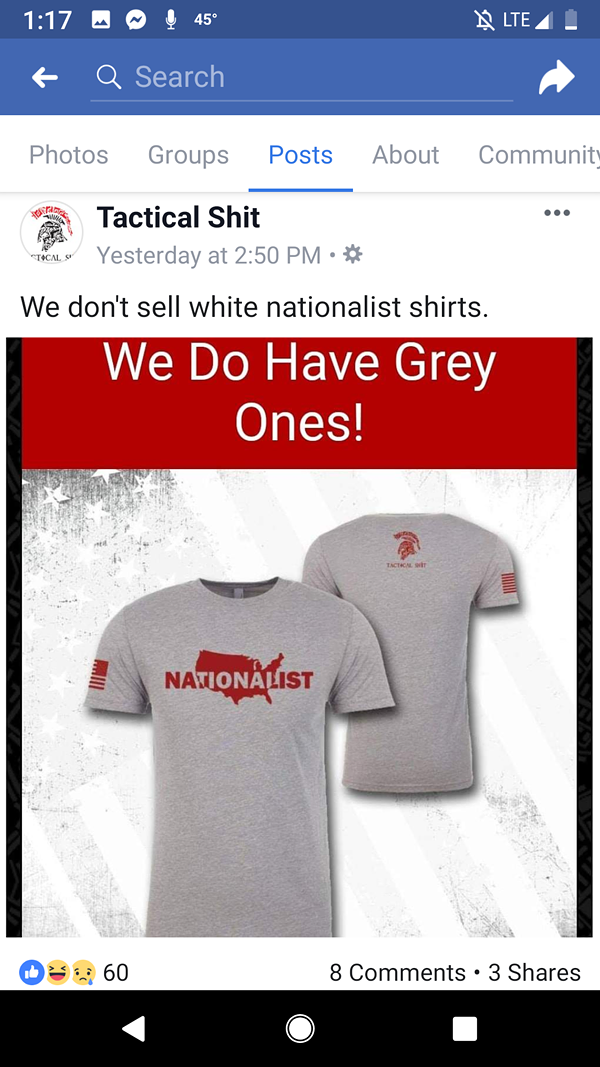 Tactical Shit and Kirgin seem to have come to the realization that they’d gone too far when hundreds of people began unfollowing them on Facebook, according to the owner:

Apparently, when it became potentially bad for business, Kirgin decided to develop a conscience and walk away from the controversy. How very capitalist of him.

But the very idea that a gun store (or any store) would try to generate sales on the backs of the victims and families of the deceased is beyond disgusting. It’s the kind of thing that proves some people have no decency, no shame, and no concern for others.

Maybe Tactical Shit should shorten its name to something more accurate: Shit.