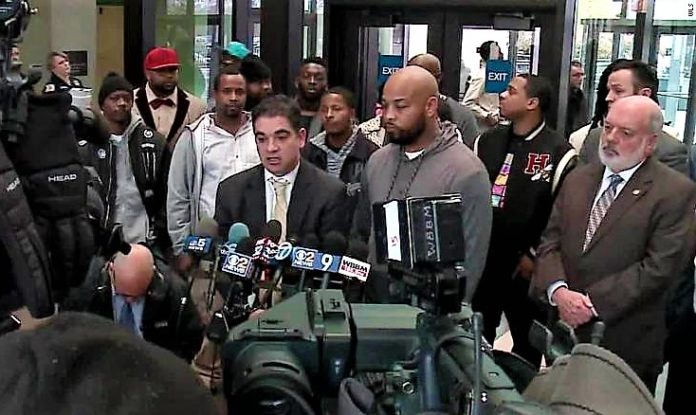 It is no secret that policing in this country can be unfair. Racial disparities and police brutality have become central pillars of current protests from the Black Lives Matter movement to the many NFL players who choose to take a knee while the national anthem is played before football games.

A total of 18 cases, implicating the 15 exonerated men, were thrown out after the State’s Attorney Kim Foxx motioned for the convictions to be vacated. Mark Rotert is the head of Foxx’s Conviction Integrity Unit. He explained that the office could not stand by the convictions of these 15 men:

“In these cases, we concluded, unfortunately, that police were not being truthful and we could not have confidence in the integrity of their reports and their testimony. So in good conscience, we could not see these convictions stand.”

Officer Watts and other members of his team framed the men in drug cases dating back to 2003-2008. The exonerated defendants said that Watts made a habit of planting drugs on them and then filed false reports if the men did not pay “protection” money.

Watts pled guilty in 2013 and was sentenced to 22 months in prison after he and another officer were caught stealing $5,200 from an FBI informant who was a drug courier in a government sting operation.

Attorney Joshua Tepfer of the Exoneration Project at the University of Chicago Law School represented the men. Tepfer said that the move made by State’s Attorney Foxx was the first “mass exoneration” in Cook County history.

“It’s an extraordinary sign of what’s going on in this county and this city to have a…crucial law enforcement entity take this step and overturn all these convictions in recognition of a systemic problem of police corruption.”