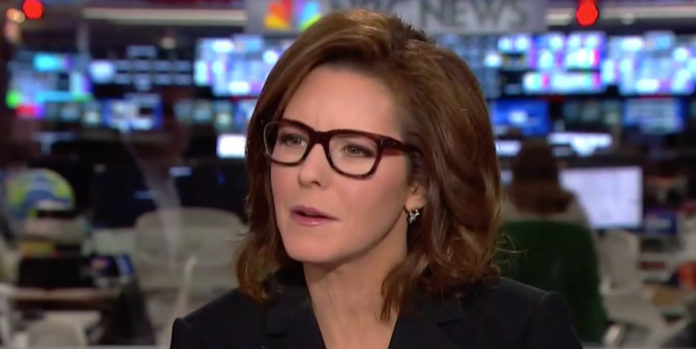 A Republican pollster got called out by MSNBC host Stephanie Ruhle on Monday after he suggested that Senator Kamala Harris (D-CA), who is seeking the Democratic nomination, is “too far left” to be considered by moderate Republicans if she happens to be the nominee.

Chris Wilson was discussing the possibility of Rep. Justin Amash (I-MI) running for the White House now that he’s left the GOP and called for the impeachment of President Donald Trump. Wilson remarked:

“There are a lot of people out there, Republicans… who would define themselves as Never Trumpers who are probably looking for someone else to vote for. If Joe Biden is the nominee they might be able to vote for him, but they’re going to be able to vote for an Elizabeth Warren or a Kamala Harris or a Bernie Sanders. So what Amash may do is give them a siphon.”

“Why not a Kamala Harris?”

When Wilson said he thought Harris was “too far left,” Ruhle followed-up by asking him which of the senator’s policies were too radical, adding:

“Tell me, because it sounds like it’s more she’s just too black.”

“I mean, that’s absurd, Stephanie — to go there. Bernie Sanders is too old. Why didn’t you go there first?”

He then tried to recover:

“If you only go through each one Kamala Harris’ position. She took a position against private insurance which most Americans are against.”

Amash, on the other hand, Wilson then added, could indeed do harm to Trump in a critical swing state like Michigan, which the president needs to hold if he’s got any chance of being reelected:

“He is someone who can appeal in Michigan. If Michigan is close like it was in 2016, Justin Amash could tilt the state to the Democrat nominee. But the fact is Justin Amash will probably lose the Republican primary and that’s why he switched parties.”

Justin Amash could indeed be a problem for Trump if he decides to run for president in 2020. And the president should also be afraid of Senator Harris, who has called him a sexual predator and says she will continue to do so. No matter where he turns, Donald Trump is looking at bad news as the 2020 election draws closer.