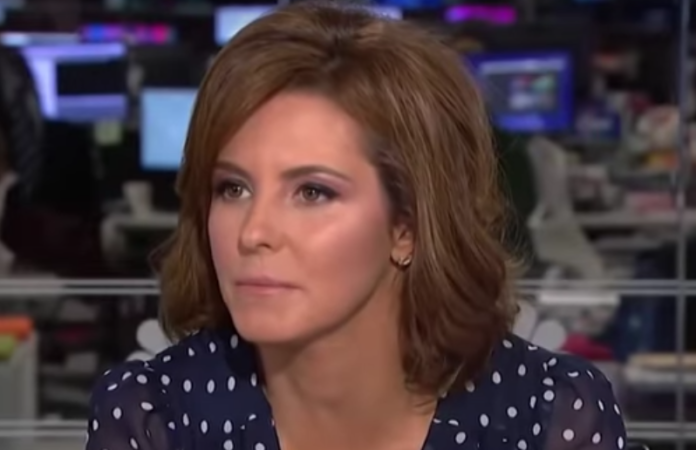 MSNBC host Stephanie Ruhle rebuked Republicans on Monday for caring more about helping the rich than they do average Americans who have been forced to resort to GoFundMe to pay for healthcare.

Ever since Rep. Alexandria Ocasio-Cortez (D-N.Y.) called for a marginal tax rate of 70 percent on all income earned above $10 million, billionaires have been railing against the Democratic Party and insisting that taxing them would somehow crater the economy. Republicans have done the same while continuing to introduce even more tax cut proposals that would only benefit the wealthiest families in the nation.

It’s sickening, and Ruhle let everyone know it on Monday after Politico’s Ben White observed that President Donald Trump has not kept his promise to make the middle class thrive again and that candidates such as Senators Elizabeth Warren (D-Mass.) and Kamala Harris (D-Calif.) are a threat to him in 2020 because they are making the case that raising taxes on the wealthy is a good way to solve many of the problems facing us today such as infrastructure and healthcare.

Ruhle began by repeating what one of Trump’s White House economic advisers said earlier in the day.

“This morning on CNBC, Kevin Hassett basically said ‘well the American people just need to listen to economists and economists will explain to you,” Ruhle said. “Economists can blow your nose with that. The American people know how they feel. They know we’ve got people going to GoFundMe pages to try to get their insulin paid for while the super-rich are out there insuring the priceless art on their mega-yachts.”

In fact, Nobel Prize winning economist Paul Krugman has endorsed raising taxes on the rich to 70 percent, which was the normal from the 1930s to the early 1980s when former President Ronald Reagan significantly cut the top tax rates, which has resulted in bigger deficits and a higher national debt while most Americans struggle to get by. Returning to the progressive tax brackets would help fund things Americans need and want such as infrastructure spending, healthcare, education, and fighting climate change.

White agreed with Ruhle and pointed out that Republicans are losing by continuing to cater to the wealthy.

“Republicans who think they can just give an economics lesson on why we shouldn’t raise taxes on the wealthy are not doing well, it’s part of the reason why Mitt Romney lost in 2012,” he said.

Krugman not only supports the plan, but he has also cited polls showing a majority of Americans support it as well, which spells trouble for Republicans who continue to double down on trickle-down economics.

White would go on to say that Americans are willing to tax the rich if it means dealing with healthcare, education, infrastructure, and climate, all of which are crises that Republicans have only made worse in their never-ending quest to feed the rich.

“If the price of having better health care and getting my insulin paid for and having my education not put me in debt for the rest of my life is that people making over $10 million pay a higher rate on that marginal dollar over $10 million, they’re willing to make that deal,” he concluded. “People who have $500 million or $1 billion in wealth paying a 2 percent or 3 percent surtax on that, not gonna kill those people, but it might make the lives easier for a lot of people who are struggling.”