The United States Blues
Home News Stephen King Calls For Impeaching Trump For Being a ‘Chickensh*t’ Who Condones... 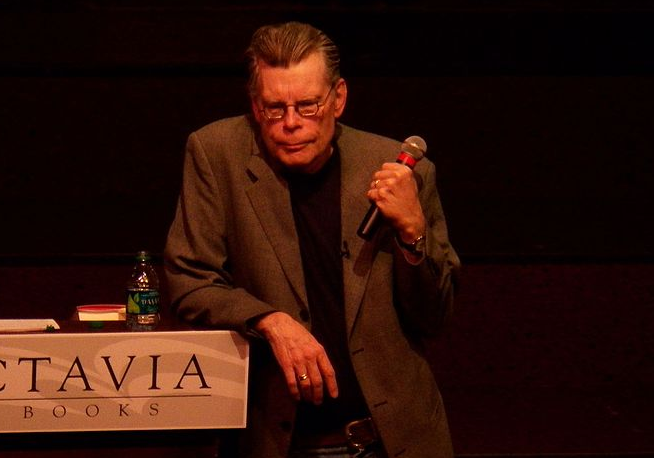 Horror author Stephen King has zero f*cks left to give as he calls upon Congress to impeach President Donald Trump for a myriad of reasons.

Trump has spent the last two weeks doubling down on his offensive behavior since losing the House to Democrats on Election Day.

And even Republicans have to admit that Trump is out of control and must be reigned in or ousted to save America.

Trump’s behavior, especially in recent weeks, is precisely why King called for impeachment on Tuesday.

But he began blasting Trump on Monday with tweet referring to Trump’s behavior as “sickening.”

Every day Trump finds a new way to denigrate, degrade, and debase the country he swore to preserve and protect. It’s sickening.

And he’s not wrong. Trump has been blaming California for deadly wildfires all while threatening to withhold federal emergency funds from the state as it continues to burn.

And then there’s Trump disrespect of the military, which includes refusing to attend Veteran’s Day ceremonies in France and at Arlington National Cemetery, attacking Admiral William McRaven and his failure to visit troops in war zones.

King called Trump a “chickensh*t” for being a coward who dishonors our troops and veterans.

Trump’s criticism of McRaven and McCain, his spurious draft exemption, and his failure to visit even one of the “hot zones” where he continues to put American lives at risk—all these things point to a central fact: he’s a chickenshit.

And it all culminated in pointing out Trump’s hypocrisy over his daughter Ivanka’s email scandal and his unconstitutional appointment of Matt Whitaker as Acting Attorney General, which drove King to call for impeachment.

Trump condones murder, then explains it’s okay for his daughter to do what he wanted Hillary Clinton locked up for. Oh, and his AG is a fucking crook. Impeach.

House Democrats will have the power to impeach Trump in January. The question is whether Republicans in the Senate would vote to convict. Because they are apparently content with being complicit with Trump and his administration rather than do the right thing for the American people and their own party.

Trump’s behavior is getting more and more disgraceful and is unbecoming of the office he holds. It’s time for him to be held accountable for it and face the ultimate consequences as outlined by the Constitution.