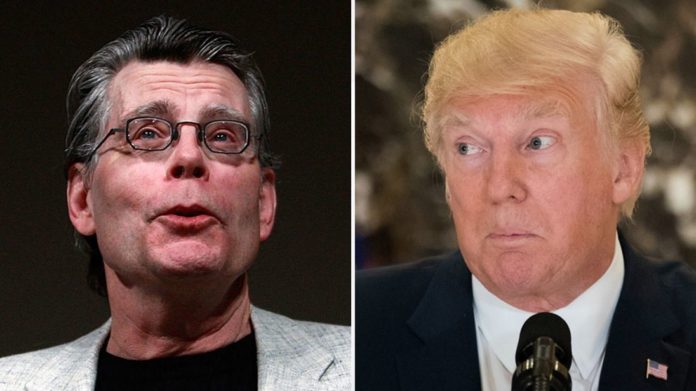 Novelist Stephen King absolutely loves trolling President Donald Trump on social media. And his tweets must have hit a nerve with the president, who blocked King Twitter in June of 2017.

Despite being blocked by Trump, King has never relented, continuing to pester the president via the internet. And King’s back at his keyboard, weighing in on the fear and loathing of immigrants being propagated by Trump as the midterm election draws closer. On Monday, King posted this:

If you run against him in 2020 (if he makes it that long), you will have my vote. Nothing you could do would be scarier than what Trump has already done.

I was telling a friend the other day that I alternate between feeling terrified and feeling furious every. single. day. I am tired of being scared and angry. Have been contributing to groups who are taking action and urging people to vote. We can all do something!!! BE BRAVE!

Fear and hate. That’s all the republicans have.

Honestly, I think Trump’s just trying to steal your “Master of Horror” title…

So funny… it took me a while as a kid reading most of your early books until I realised that your message was never “be afraid”, it was always “be brave”. Thank you.

More than ever, we need fearless and vocal citizens who are willing to say what needs to be said. And we also need to vote.