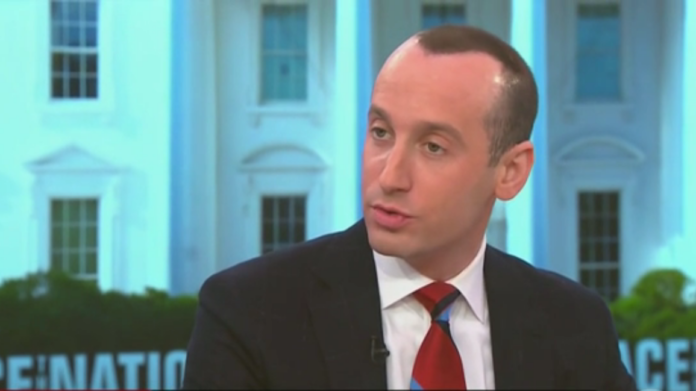 White House adviser Stephen Miller said Sunday that the death of a 7-year-old immigrant girl from Guatemala should be blamed on “left wing” federal judges.

During an appearance on “Face the Nation,” Miller was asked by host Margaret Brennan about the death by dehydration of Jakelin Caal shortly after crossing into U.S. territory. Brennan asked Miller who bears responsibility for Caal’s death, to which Miller replied:

“Our hearts break for the tragic death of the 7-year-old girl. The loss of that precious life is horrifying. It is a painful reminder of the ongoing humanitarian tragedy that is illegal immigration. The misery that it spreads.”

When pressed on the issue, Miller declared that the child’s death was a result of “left wing” court decisions “that incentivize the most vulnerable populations to come to our country.”

However, Miller neglected to mention that the law allows all immigrant to seek asylum in the United States. It has been reported that U.S. immigration officials have actively tried tp prevent migrants from reaching legal points of entry for asylum.

The discussion also turned to a ruling by a judge in Texas who said the Affordable Care Act (aka Obamacare) is unconstitutional. Brennan asked the Trump adviser:

“Technically this decision wasn’t possible until the tax wall was put into place. Will the president instruct Republican governors to implement the law until there is replacement?”

“Obamacare was a disaster! Fortunately, again, the president has taken particular action to bring down the price of insurance on the exchanges. But Obamacare never worked. For example, even on issue of preexisting conditions, American families earning $80,000 a year have to pay exorbitant out of pocket costs if they have preexisting conditions.”

Brennan reminded Miller that the judge’s ruling meant that protections for those with preexisting conditions would also be gone. Once again, Miller got defensive, telling the host:

“A flawed law would be off the books!”

No one said Obamacare was perfect or without flaws, but under the administration’s so-called plan, millions would be denied coverage or not be able to afford insurance. As usual, Republicans want to do whatever’s best for the rich, the powerful, and the big insurance companies. If the rest of us have to suffer as a result, that’s just too damn bad.