The United States Blues
Home Politics Congress Steve King plans reelection, claiming he has nothing to apologize for. He... 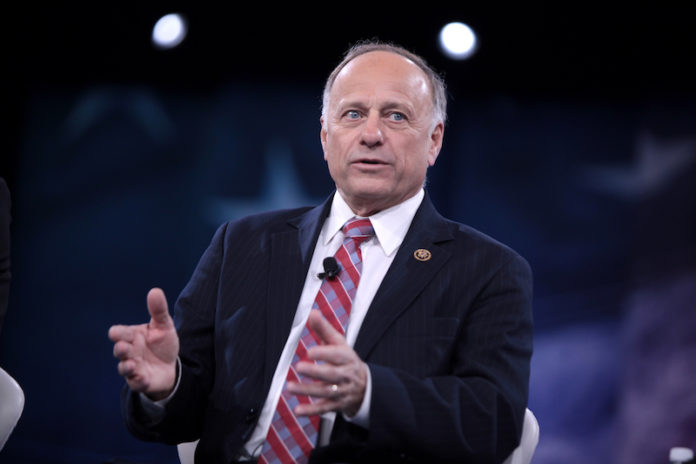 Republican representative, Steve King is not backing down and plans to run for reelection. King served as Iowa’s 5th congressional district House Representative from 2003 until 2013, and then continuing once redistricting renumbered it the 4th. Doubts clouded whether or not King would run for reelection, but to hear him tell it, he has nothing to apologize for.

King recently found himself in the middle of a firestorm of controversy when he made remarks in a New York Times article that many understood as dog-whistles to white supremacy:

“In the article, King, as part of a defense of what he said was the “culture of America,” asked how certain terms had become controversial in modern discourse.

“White nationalist, white supremacist, Western civilization — how did that language become offensive?” he told the Times. “Why did I sit in classes teaching me about the merits of our history and our civilization?”

For context, the words, “heritage” or “history” are often invoked as a callback to white supremacy. In 2017, shortly after the infamous Unite The Right rally in Charlottesville, Virginia that left numerous counter-protesters injured and one dead, photographs surfaced of Jarrod Kuhn, a graduate of Honeoye Falls-Lima schools in Rochester, NY.

Kuhn’s father defended his son’s presence among neo-Nazis by saying:

“He was simply there to preserve history,” his father said. “He is not a neo-Nazi as people are claiming.”
King insists that he has nothing to apologize for and urges voters not to let “elitists” tell them who to vote for (even if he did apologize, it hasn’t been his first racist incident.)
“I would tell (voters) don’t let the elitists in this country, the power brokers in this country, tell you who’s gonna represent you in the United States Congress,” said King. “That’s the central message.”
However, that does not appear to be the opinion of members of King’s own party, who King stripped him of all committee assignments and rebuked him following the publication of the New York Times article.
Regardless, it’s a long way from registering Republicans registering their concern and actively opposing King’s reelection.
Feature image provided via Flickr by Gage Skidmore