The United States Blues
Home News Steve Schmidt Mocks Trump’s Inability To Find Someone To Be His Next... 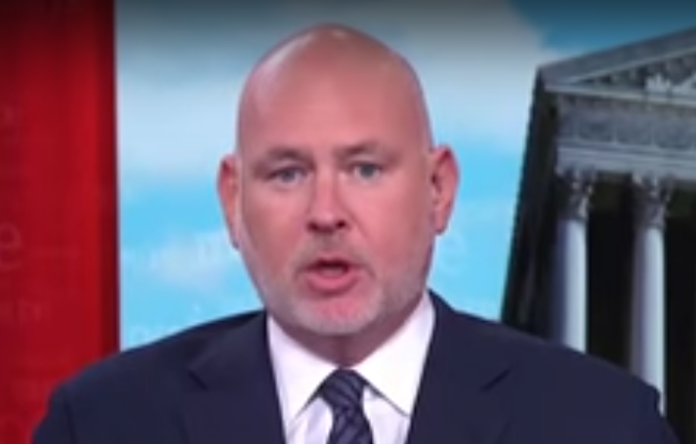 Nobody wants to be President Donald Trump’s next chief of staff, which is humiliating, and former GOP strategist Steve Schmidt mocked him for it on Tuesday.

Trump was thoroughly embarrassing over the weekend when Vice-President Mike Pence’s chief of staff Nick Ayers dumped Trump at the last minute when it appeared he would replace outgoing chief of staff John Kelly:

Thank you @realDonaldTrump, @VP, and my great colleagues for the honor to serve our Nation at The White House. I will be departing at the end of the year but will work with the #MAGA team to advance the cause. 🇺🇸 #Georgia

Ayers’ excused his decision by claiming that he wants to “spend more time” with his family, which is an odd excuse considering he worked as Pence’s chief of staff. Clearly, Ayers just did not want to deal with having to babysit Trump like Kelly did.

Anyway, no one is exactly kicking the Oval Office door down to get the job and Trump is having a difficult time finding anyone to do it. But he insisted on Tuesday that everyone wants the job:

Fake News has it purposely wrong. Many, over ten, are vying for and wanting the White House Chief of Staff position. Why wouldn’t someone want one of the truly great and meaningful jobs in Washington. Please report news correctly. Thank you!

But Trump has also repeatedly denied White House chaos despite the facts, so it’s more likely that he just wants people to think everyone wants to work for him instead of admitting the truth.

After all, the truth hurts, and Schmidt appeared on “Morning Joe” to pile on the humiliation:

“It’s (an) extraordinary departure for people who work in politics,” Schmidt began. “If you’re someone who would ever be considered to be chief of staff to the president of the United States, when the president asks you to serve the country — the answer is, ‘Yes, Mr. President, it would be an honor to do so.’

“What we see is all of the careerists putting their ambition ahead of their service to the country,” Schmidt continued, going on to mock possible candidates for the job and suggest others, including Rep. Mark Meadows (R-N.C.) and a couple reality show contestants.

“In the case of Mark Meadows, we see somebody who has the requisite dishonesty necessary to be chief of staff to the president in this administration, but as a general proposition, when we look out at the field of candidates they understand that they won’t survive this, that their integrity, their reputations, their careers — all of it — will go up in smoke. I just think as we see now this public auditioning for this job, perhaps bring back Omarosa or maybe it’ll be Gary Busey or Meatloaf or some other contestants that graced the ‘Apprentice’ screens.”

Indeed, Kelly decided to leave after “Individual 1” was named as an unindicted co-conspirator in a recent court filing alleging that Trump coordinated with and directed his former lawyer Michael Cohen to commit two campaign finance felonies. The risks of being Trump’s right-hand man or woman in the Oval Office are incredibly high, especially if he gets impeached or prosecuted. That stink will rub off on who ever takes the position.

Schmidt concluded by explaining how Trump has once again embarrassed himself and the nation.

“As we watch this unfold from public turning down of this by a 36-year-old political operative, all you can say when you look at it, though it is tragic, what a joke, what a farce this all has become in slightly less than two years since Donald Trump raised his hand, swore the 35-word oath of office and then has proceeded to desecrate it every moment of his presidential term since that moment where he said, ‘So help me God.’”