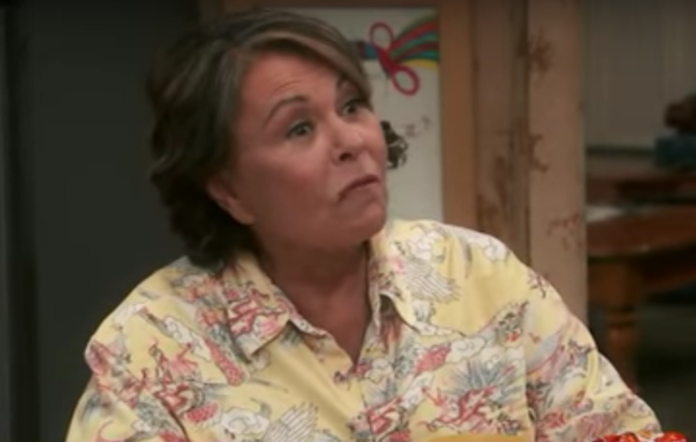 Stormy Daniels read Roseanne’s tweet and soon fired back by reminding everyone about Roseanne’s shitty rendition of the national anthem.

Indeed, Roseanne shrieked out the national anthem prior to a San Diego Padres games in 1990. She also grabbed her crotch afterward and former President George H. W. Bush, a World War II veteran, called her “disgraceful.”

When a Twitter user dared to argue with Daniels about her career, Daniels did not hold back.

And when a Twitter user requested that Daniels not insult vaginas by associating them with Roseanne, Daniels agreed.

Touche’. Please send my sincerest apologies to your undercarriage. It was insensitive of me.

About six hours later, a pouting Roseanne responded to getting owned:

follow @StormyDaniels so u can stay informed of what’s important in our country! thanks!

What? No witty comeback?

Seriously, Roseanne would be better off not attacking Stormy Daniels in the first place if she really wants everyone to focus on more important things. In short, Roseanne should take her own advice and stop being a hypocrite.

Also, can she explain why she still supports Trump even though he basically admitted to repeatedly lying to the American people about his knowledge of the $130,000 hush money payment to Daniels?

It seems to me that a president who lies to us would be something important to focus on.