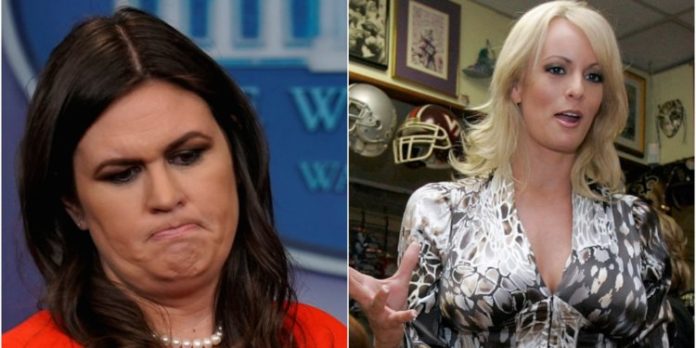 Now that White House Press Secretary Sarah Sanders is leaving her post, she’s trying desperately to rewrite history and claim that she’s always been there for the media and was proud of her honesty in responding to questions from reporters.

The Hill reported last December that Sanders said she wanted to be remembered in this way:

Try not to laugh so hard that you fracture a rib.

And I hope to be remembered for being a virgin **eyeroll** https://t.co/edfTE5ZCVk

Others had some thoughts on Sarah Sanders and her being “transparent and honest” and on Stormy’s reply:

There was a time in your life when you were a virgin. There was never a time when Huckabee Sanders was honest or transparent.

You landed that Stormy ?

Stormy for the win.

Next thing you know, Donald Trump will say he wants to be remembered as an honest, moral leader who cared about others more than himself.